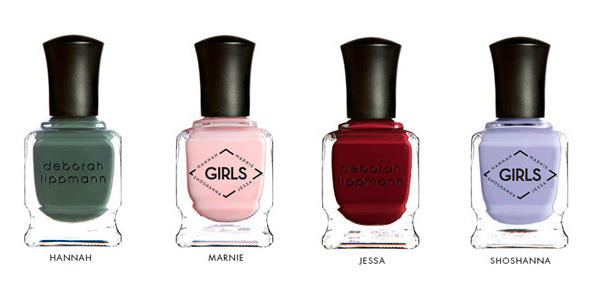 “I think I could be the voice of my generation. Or … a voice. Of a generation.” Hannah Horvath won my heart with her contradictory mix of unearned audacity and guilelessness in HBO’s Girls, a collaboration with Judd Apatow that debuted in April of this year to mixed reviews. Some hailed the complicated television series as a funny, realistic look into a subset of privileged, overeducated, clever twenty-somethings—a younger, edgier, more introspective Sex and the City for a new generation. Others decried the lack of diversity in the cast and quickly grew weary of Hannah’s penchant for navel-gazing.

But I have to argue in favor of the show. I know these girls. I’ve met these girls. I’ve been these girls, and I’d go so far as to say that most of us have a little Jessa, a little Marnie, a little Shoshanna in our personalities, for better or worse. Deborah Lippmann, famed celebrity manicurist and frequent collaborator with Hollywood personalities, has given fans of the show the opportunity to try on each personality for themselves: Lippmann will debut a four-piece Girls-inspired collection this January. Each polish is inspired by a different Girl: Hannah is a hapless hunter green, a weird smokey green that show creator Lena Dunham has “been wearing […] like it’s going out of style.” The color is offbeat and interesting, just like Hannah. Next is Marnie, Hannah’s best friend’s prim and proper pink shade. Like its namesake, the light pink is polished, classic, and safe. Shoshanna, a pastel virtuous violet, is perfect for the would-be ingénue of the show; an inexperienced pop-culture enthusiast who immediately describes her own personality in terms of the Sex and the City character archetypes. Finally, Jessa is a bohemian burgundy; a sexy, earthy red that echoes Jessa’s carefree yet sophisticated sense of style.

“Deborah Lippmann’s colors are irreverent and classy and I’ve always coveted them—and stolen them from my mother—so who better to embody the Girls‘ spirit in polish form?” said Dunham of the collaboration.

I’m planning on sporting Hannah and Jessa, which is fitting as those are the two characters I identify with most (to my dismay, occasionally). What about you? Does your favorite shade correspond with your Girls alter ego? 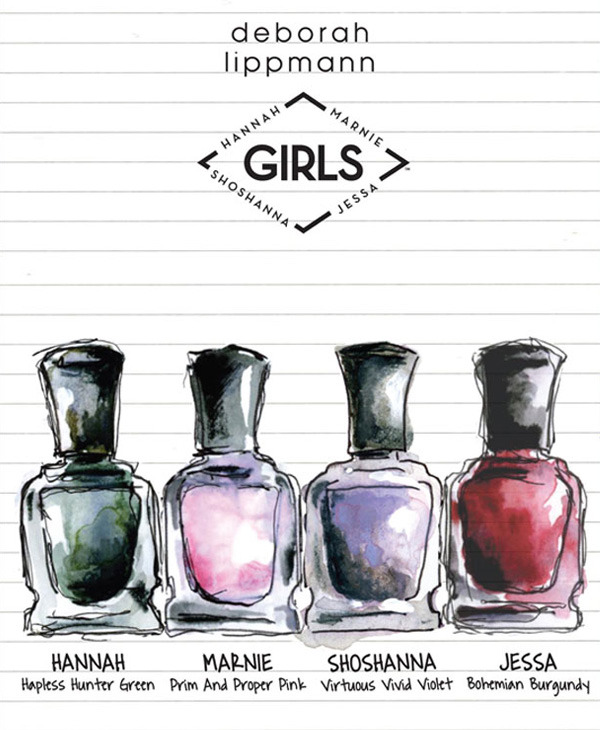