Want to Make the Switch to Natural Deodorant? Read This. 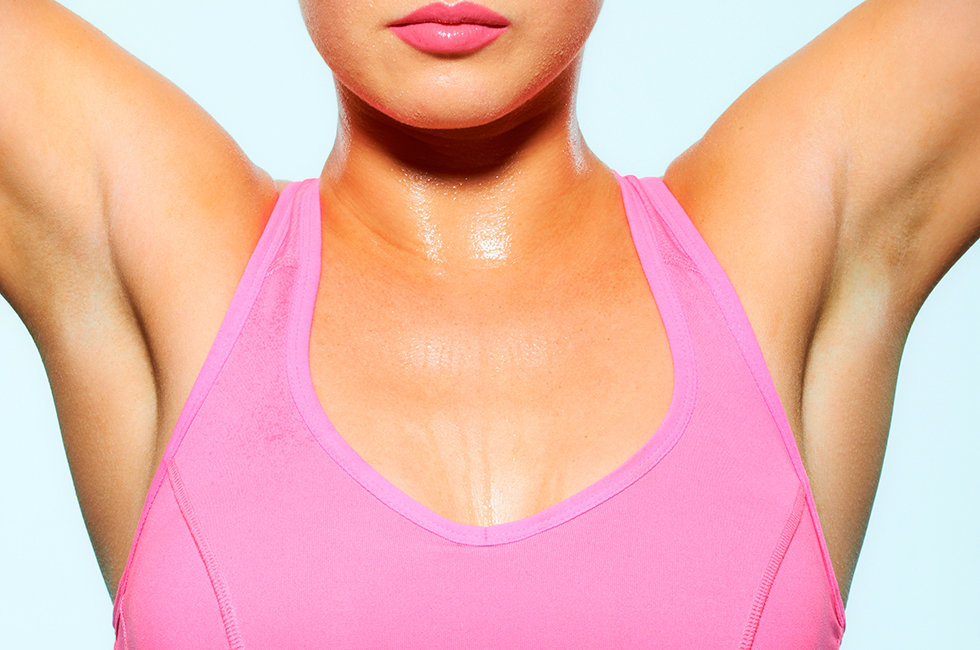 Recently, I bought my first-ever natural deodorant after avoiding it for years. Among the things I’ve heard: they’re too expensive, they smell weird, they don’t work, you’ll sweat right through your shirts.

Despite all that, there are a lot of reasons to make the switch to natural deodorant, including the common belief that aluminum compounds in antiperspirants may be linked to Alzheimer’s Disease and breast cancer. These claims haven’t been proven, and it’s worth nothing that reputable sites like WebMD and the National Cancer Institute cite no conclusive evidence linking aluminum chlorohydrate and aluminum zirconium to these diseases.

And sometimes, it’s better to err on the side of safety...but my own decision to go natural ultimately came down to pit stains. Did you know that these yellow spots that form under the arms of white and light-colored tops and dresses are actually caused by antiperspirant? When aluminum compound reacts with sweat, it creates stains that are nearly impossible to remove. So yes, it’s true. I’m switching to natural deodorant to save my clothing! But I wanted to get to the bottom of things, and really know what works and why.

First things first: what’s the difference between antiperspirant and deodorant? Antiperspirants contain aluminum compounds (usually aluminum chlorohydrate or aluminum zirconium) that absorb into skin cells, causing them to swell and pinch sweat glands closed. This keeps you dry, but it also interferes with your body’s natural ability to cool itself down.

Deodorants are more mild, containing substances that neutralize odors like baking soda and coconut oil. They won’t stop you from sweating, but they will keep B.O. under control by killing the odor-causing bacteria that create it.

For my trial run, I decided to test out two store-bought and one homemade deodorant. I put all three through a full day of work, running errands, and hitting the gym. Read on to see the results! 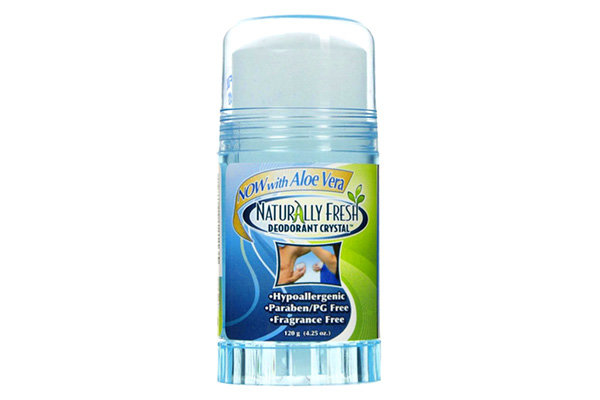 The science: The crystal is made up of a natural mineral salt called ammonium alum, a naturally-occurring form of aluminum. It doesn’t clog pores like the processed versions used in antiperspirants, but instead raises the pH of skin’s surface so odor-causing bacteria can’t grow. With this product, you moisten the stick and swipe on underneath arms; you can also use it on your soles to help prevent foot odor.

The verdict: The best thing about this deodorant is that one crystal can last up to a year! It would be great for people who don’t sweat very much, but I need a deodorant with some wetness protection. It’s unscented, so there’s nothing to mask unpleasant odors when it wears off. By the end of my evening spin class, I was stinky. It wasn’t overpowering, but I wouldn’t trust this as my only deodorant, especially since there’s no wetness protection. I might wear it to the office or on cooler days. 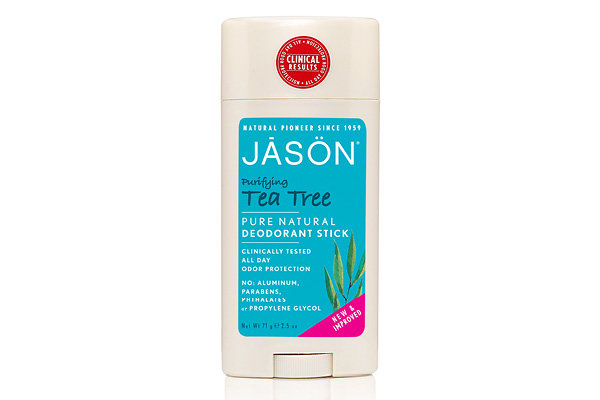 The science: The stick contains zinc ricinoleate, cornstarch, and baking soda that neutralize odor, plus a couple of natural antimicrobials—tea tree oil and grapefruit seed extract—that kill odor-causing bacteria. You apply it like a normal deodorant stick.

The verdict: This deodorant smells clean, like a bar of soap, and it kept me smelling fresh for most of the day. When it started to wear off in the middle of a four-mile run, the scent proved powerful enough to mask B.O. This deodorant definitely had the best wetness protection of the three, since the cornstarch absorbs a fair amount of sweat. It’s a good everyday deodorant, but, since it doesn’t keep you from sweating like antiperspirants, you may need to re-apply it on really hot days. 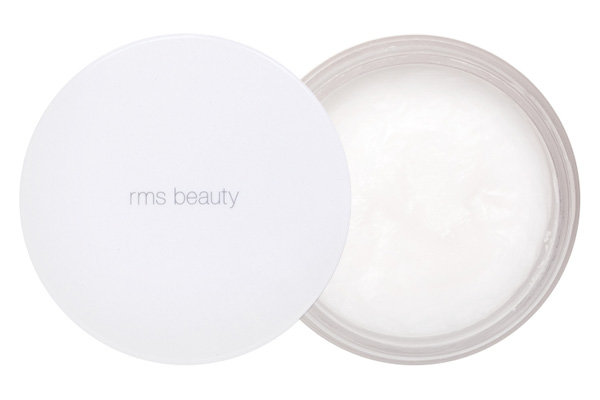 The science: Using a recipe from Crunchy Betty, I mixed baking soda, cornstarch, and rms beauty raw coconut cream in a small, air-tight container. (I didn’t add any essential oils because I like the smell of coconut oil, but you could add a few drops of tea tree or lavender oil for extra odor protection). The baking soda neutralizes odors, while the coconut oil has antibacterial properties that help kill odor-causing bacteria. For moisture absorption, that’s where the cornstarch and arrowroot come in. Massage in using fingertips and you’re good to go. (Note, because of the coconut oil, the mixture will be a viscous liquid when its warmer and may solidify at cooler temperatures.)

The verdict: The odor protection is pretty good, although the coconut smell wore off about halfway through the day. Even so, I didn’t really start to stink until my evening run. The wetness protection was just okay. I might experiment with arrowroot powder in the future to see if it does a better job absorbing sweat. The best part is once you buy the ingredients, you can whip up a batch any time you run out—and you’ll always know exactly what’s in it.