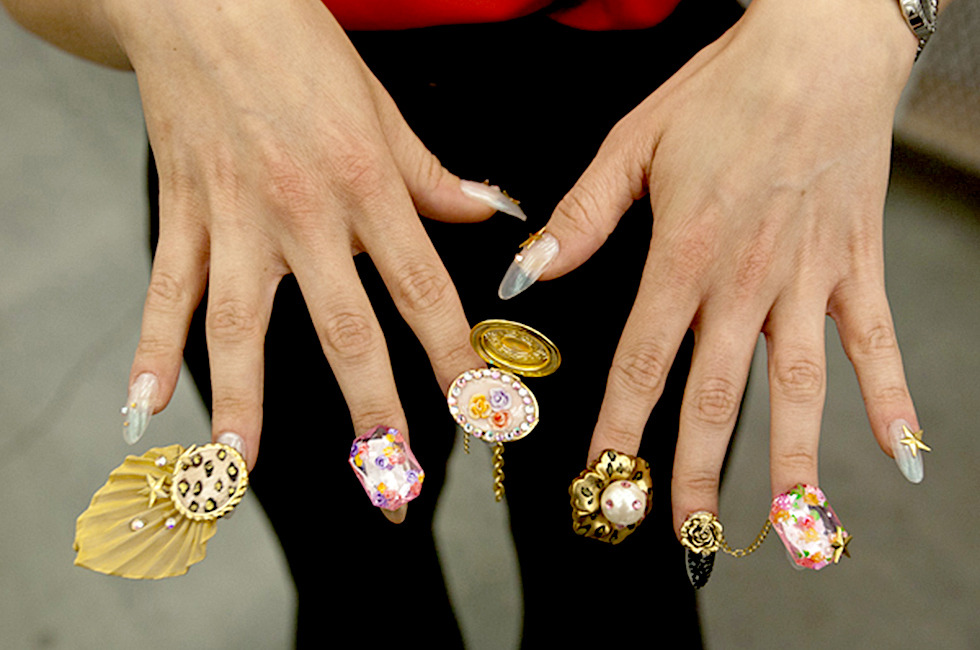 We all know about the nail art craze—but nail art in museums? It’s the latest trend, with fingers pointed toward galleries all over the country. Just a few weeks ago, the Museum of Contemporary Art in Chicago wrapped Imperial Nail Salon, an installation and interactive exhibit by local artist Dzine. Paying tribute to his mother, who operated a nail salon in the family’s home, Dzine transformed one of the galleries into a living replica of it. Two nail artists posted up in the space to create exclusive designs for visitors. Although initially only one such interactive event was planned, the demand was so intense, that the museum kept adding dates.

MoMA PS1 in New York ran a similar show earlier this year, Vanity Projects, a pop-up nail salon held on Saturdays, during which famed artists such as Regina Rodriguez and Fleury Rose Waldau gave manis for $50 a pop. The founder of the series, Rita de Alencar Pinto, has since launched her own salon in Chinatown (complete with looping art films, art-inspired coffee table books, and a visiting nail artist-in-residence program) where patrons can continue to get a variety of stunning designs, including full recreations of everything from Picasso to Magritte on their nail beds.

The trend of actually doing nail art in a museum setting follows carefully curated exhibits about nail art that have been popular over the past couple of years: an exhibit called Nailed at the Subliminal Projects gallery in Los Angeles last fall, and the exhibition Nailphilia, at DegreeArt.com’s Execution Room in London in 2011. These thoughtful shows have helped to elevate nail art’s status as a legitimate art form beyond Beautylish readers and Beyonce (although Bey’s gold claws from the “Run the World” video were on display in Nailphilia). Some displays at the Nailphilia show were downright conceptual. According to a description of the show in The Guardian, nail artist Sophie Harris-Greenslade recreated the texture of a painting by young British artist Sophie Derrick on the nails of a rubber hand, using cement from her grandfather’s shed. “The exhibition highlights how nail art has infiltrated the higher echelons of pop culture,” writes Guardian reporter Rosie Swash.

However you describe the phenomenon, it’s now official: nail art can be high art.