Despite the prevalence of Fashion Week drama off the runway (let's recall the NYFW PR slap heard 'round the world and the most recent tiff among New York Times fashion critic Cathy Horyn, Hedi Slimane, and Oscar de la Renta), Paris was a beautiful group of collections to watch. New York's naturalist grunge, London's color punch, and Milan's affinity for the red lip made an appearance at the last stop for spring 2013 fashion—but something else emerged in Paris. A mixed media, emotional approach to makeup of sorts.  Many designers weren't afraid to change gears on hair and makeup, or in some instances cover it up completely. Alexander McQueen's honeycombed headpieces turned beekeeping into an art form, while Rick Owens' Klimt-inspired wig and Junya Watanabe's future-perfect metal heads spoke volumes louder than the slicked, center-parted styles we've seen all season.

The makeup was just as conceptual. In most instances, lid space was explored and extended. Dior and Chanel marked eyes with large, textural washes of color—you can snag Illusion D'Ombre in Platine for the look next March—while Gareth Pugh and makeup artist Alex Box imbued emotion into his blood red eyes with a single fake tear. Some designers even took it a step further, using the forehead as a new canvas for experimentation. A "third eye" focus emerged at Comme des Garçons, Cédric Charlier, and Manish Arora, whether adorned with accessories or brushed on the center forehead. Perhaps the chakra effect was a plea for peace among the fashion world. 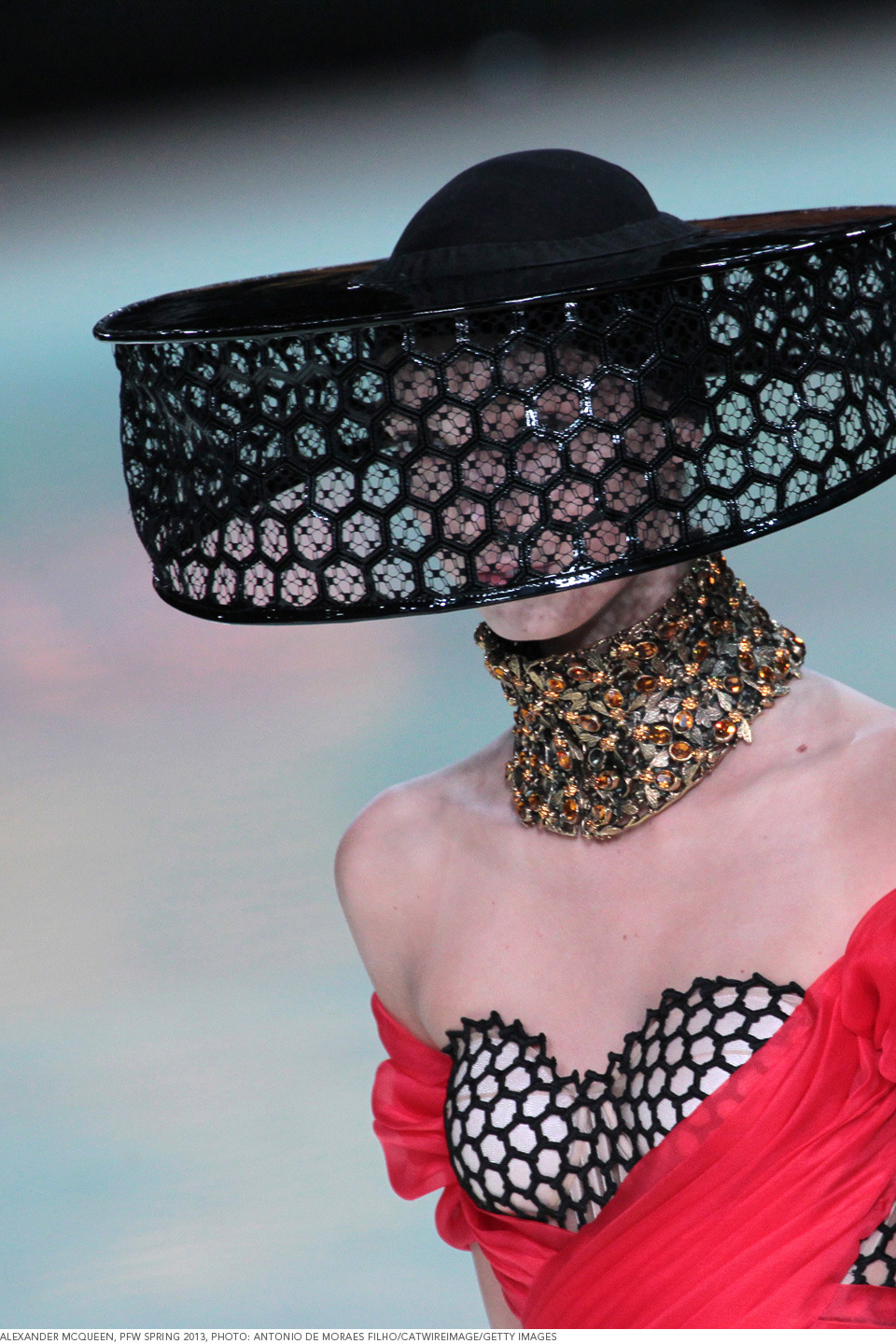 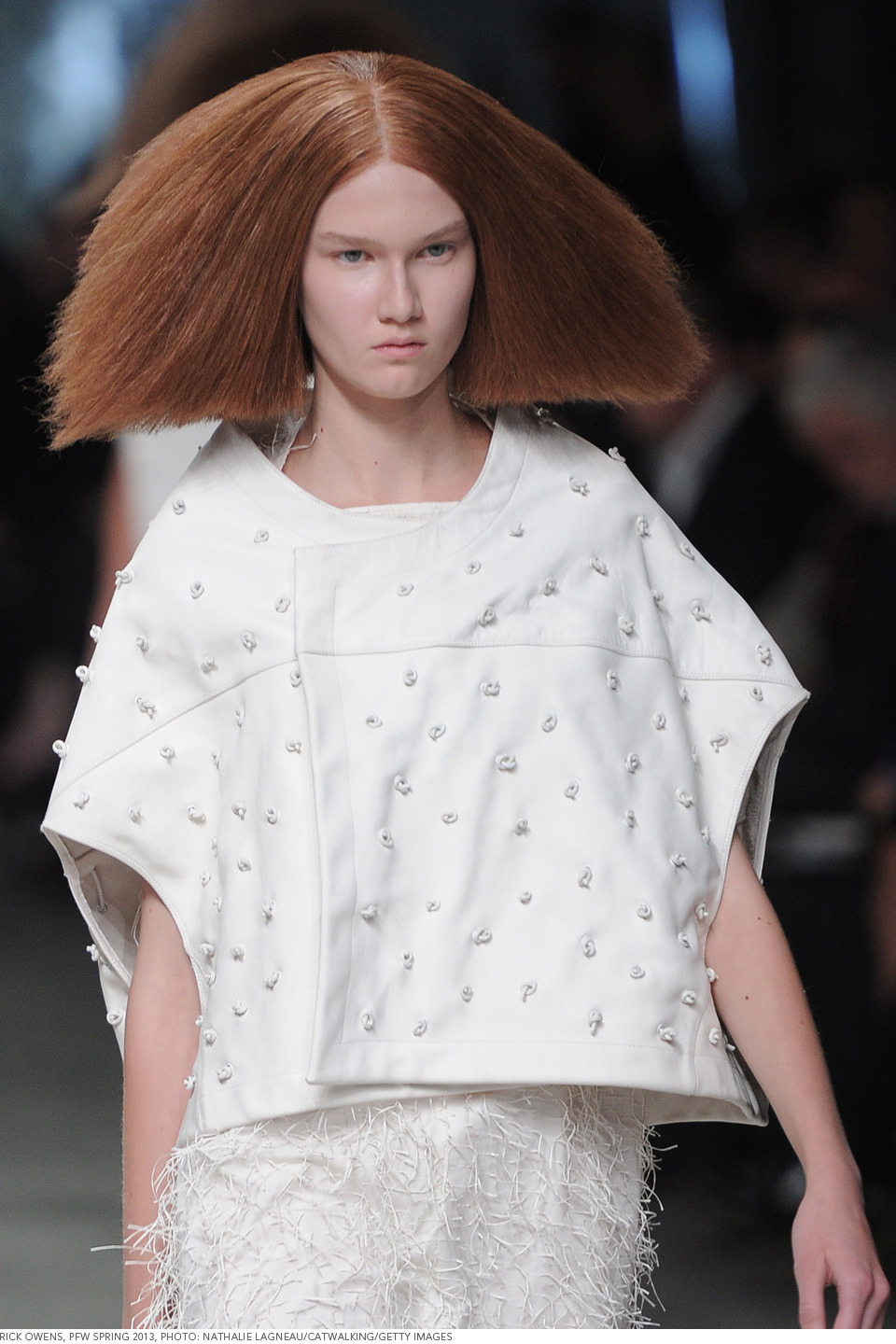 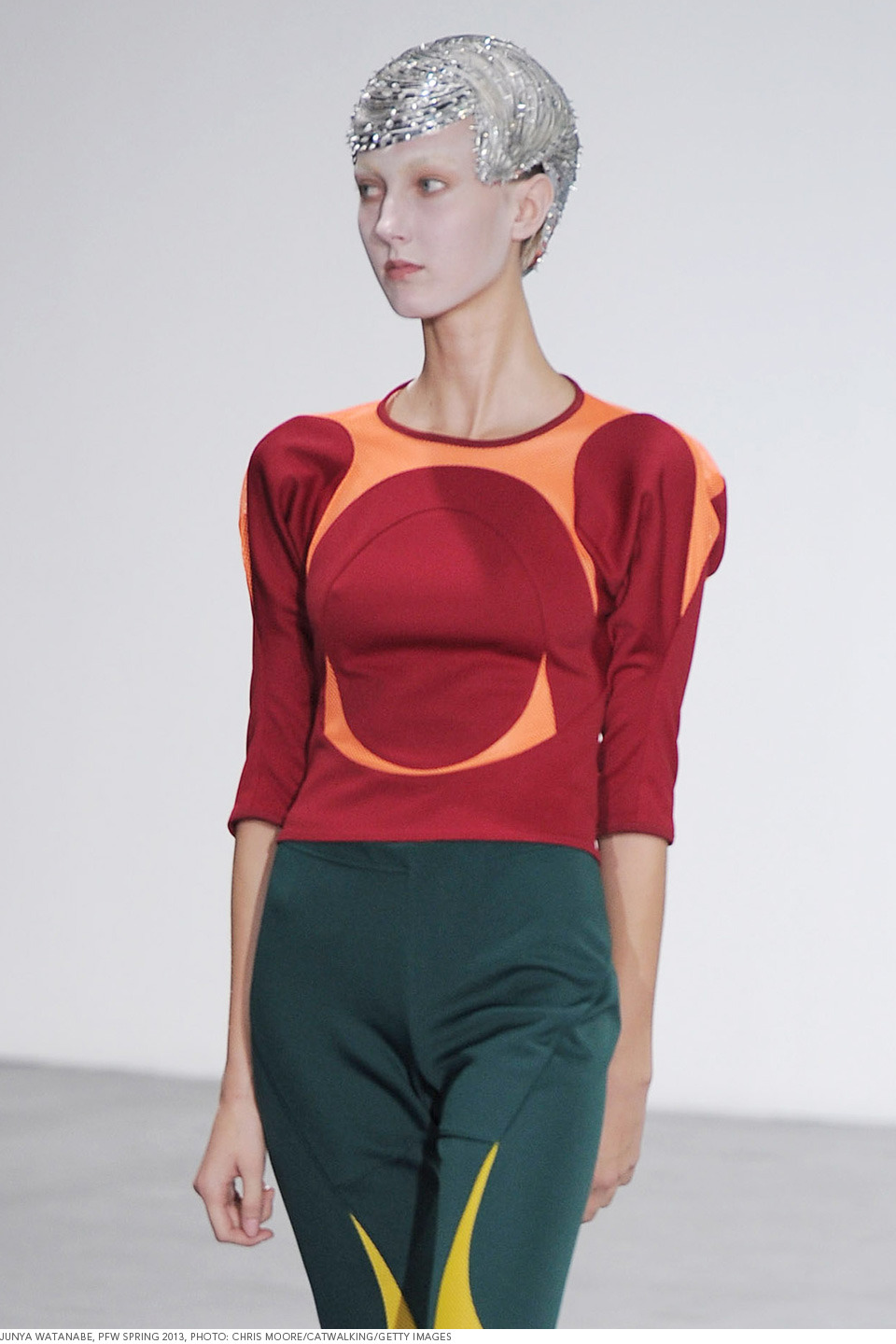 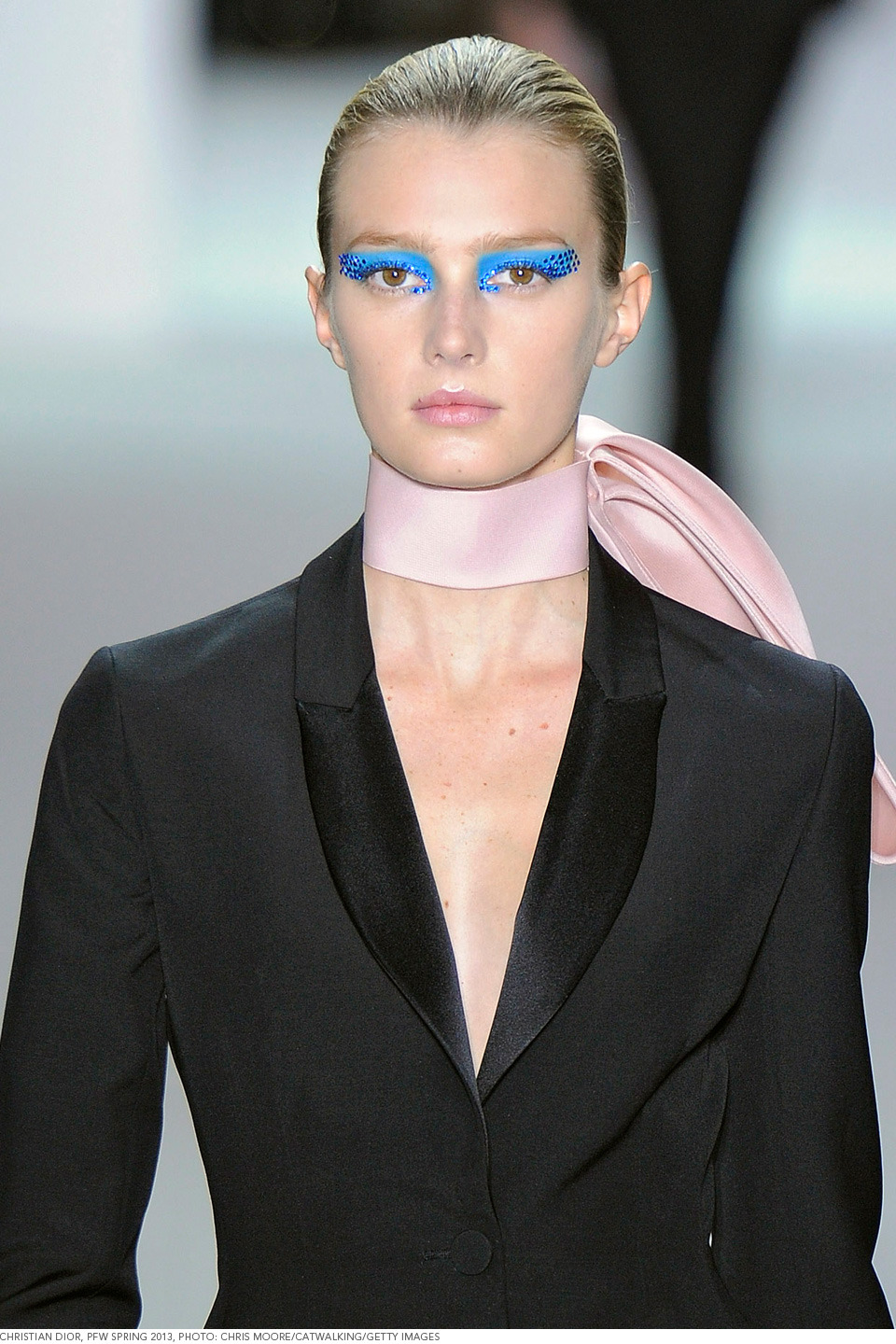 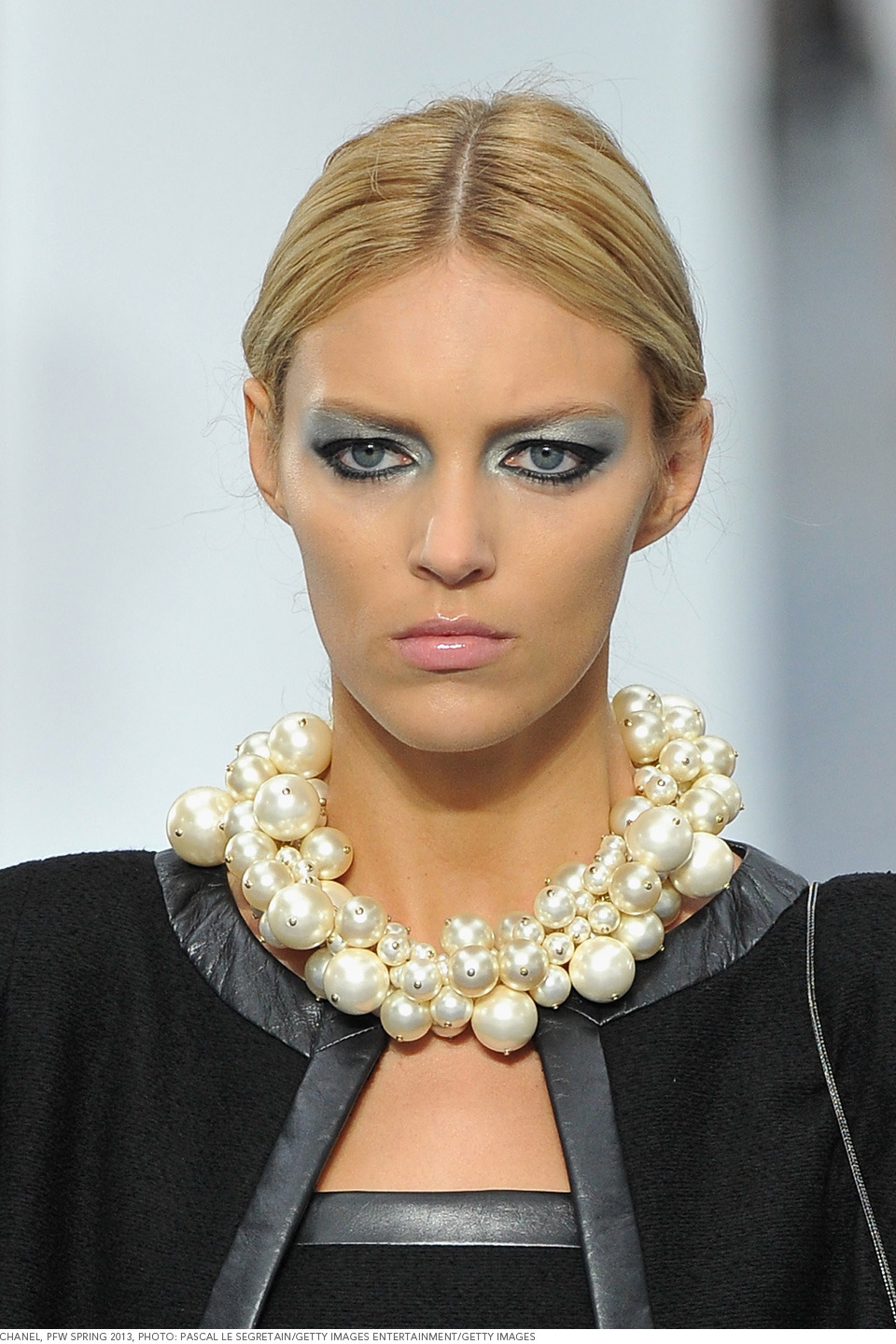 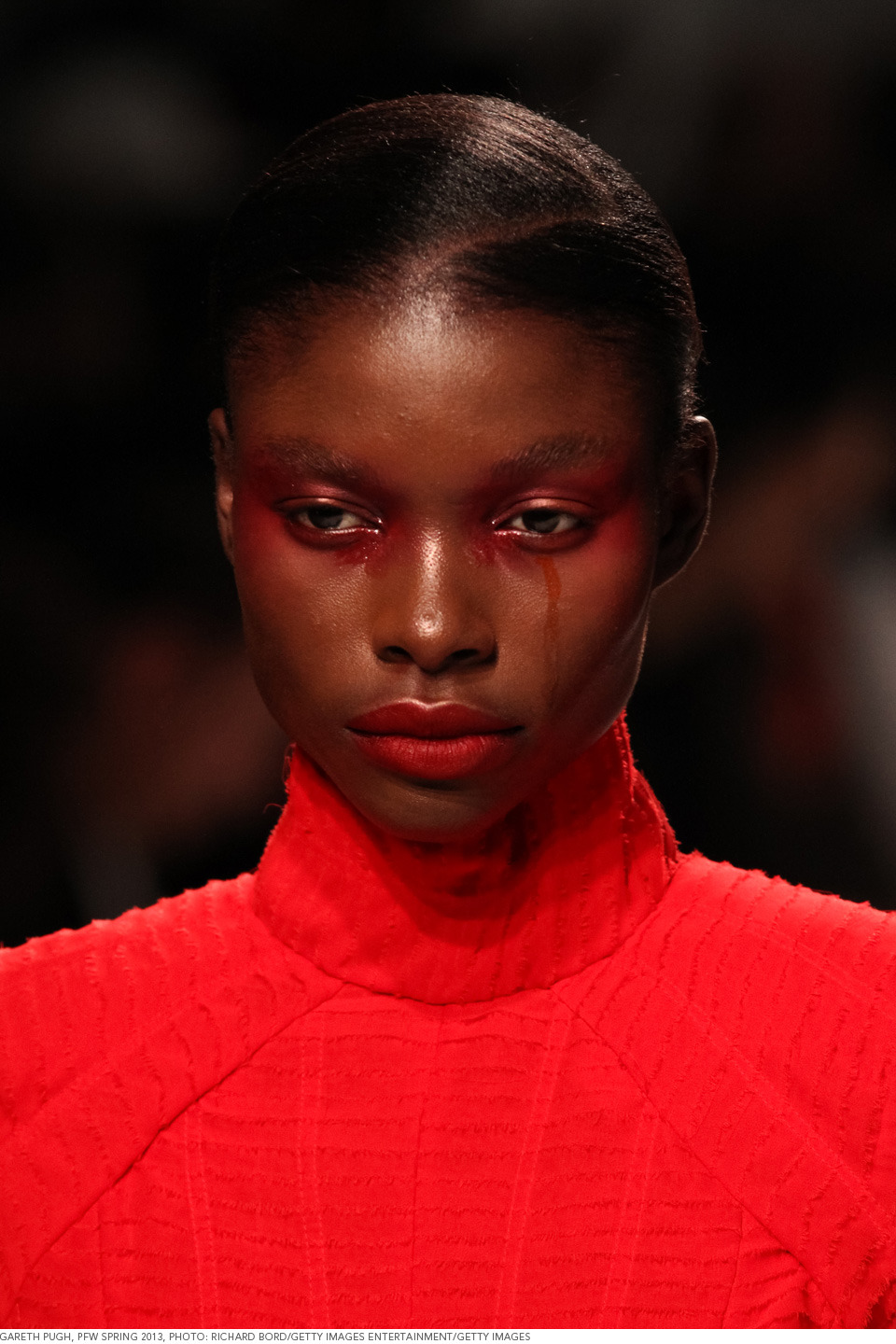 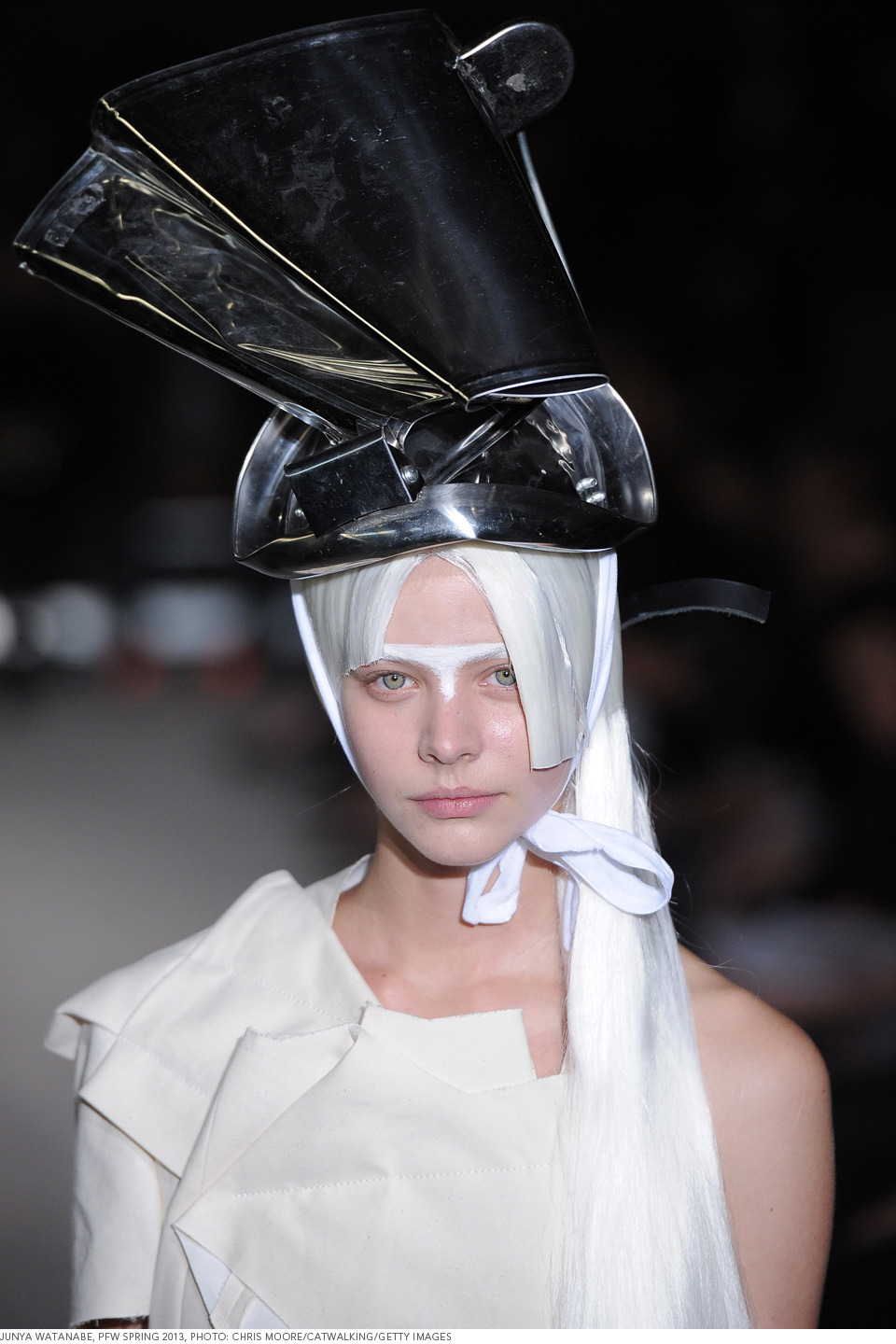 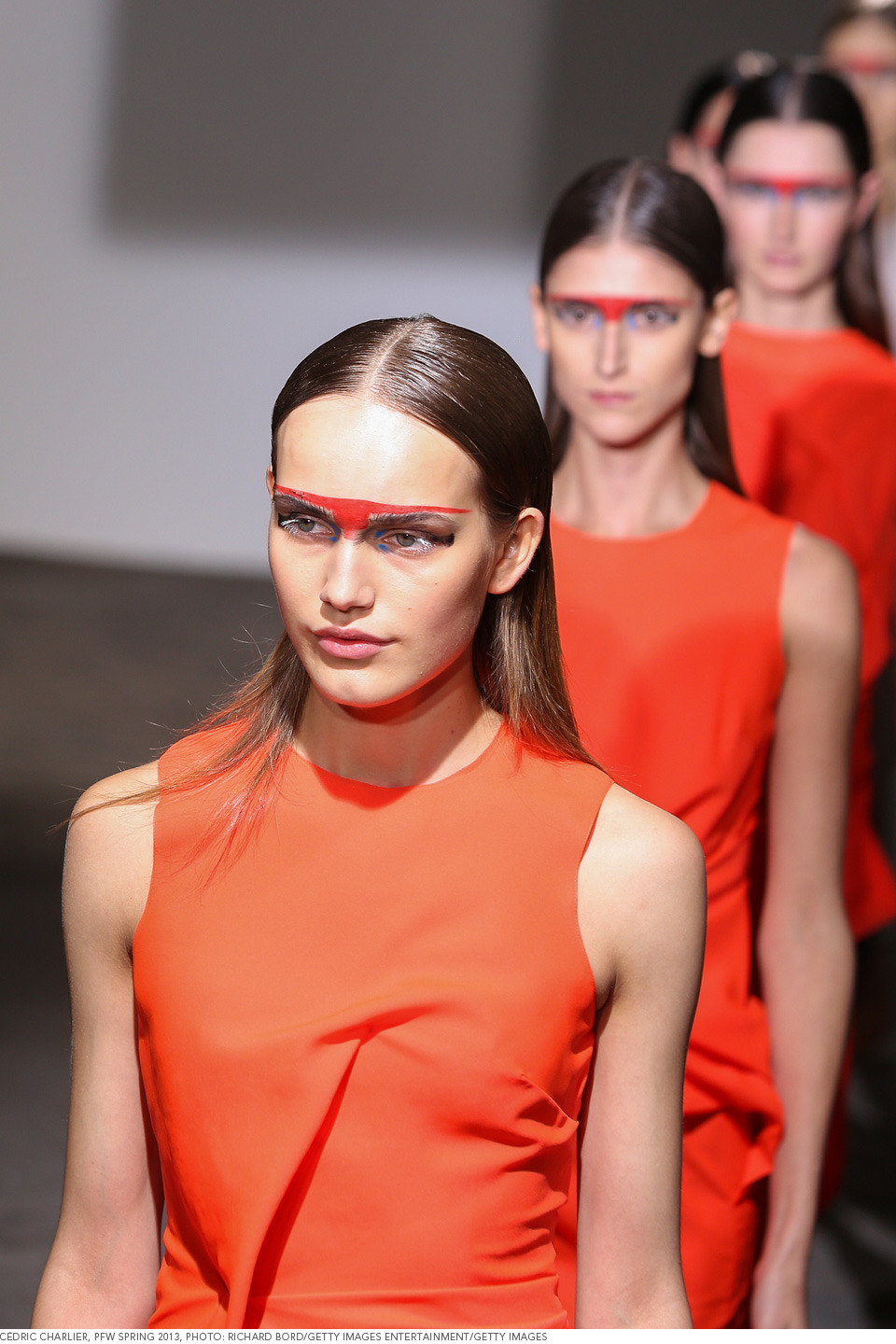 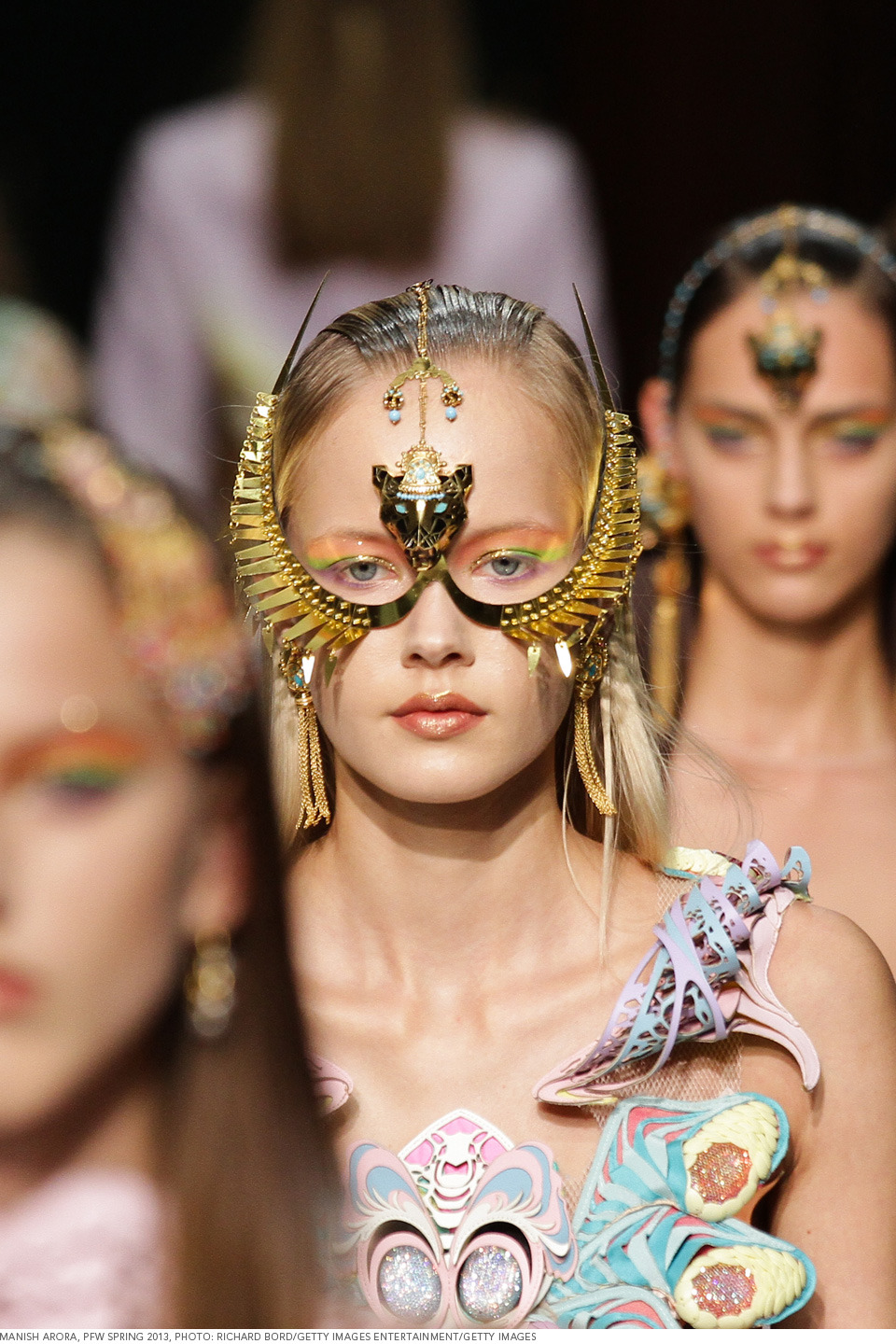