Beauty is in the eye of the beholder. What is considered attractive today wasn't always the case a few years ago. One of the most dramatic, ever-changing facial features are the eyebrows. Face-framing and enhancing, these small arches can have a huge impact on your look. Just like hair and makeup styles, the evolution of their shape has changed significantly—even within the last decade! For a fun look back, we chatted with Hollywood's top eyebrow guru Anastasia Soare about the most requested celebrity arches over the last 15 years.

In the late '90s it was all about the supermodel shape! That meant delicate, unfilled, barely-there brows. "Kate Moss (left) and Naomi Campbell were the most requested," recalls Anastasia. "The look was pencil thin, like a dramatic old movie star from the '20s or '30s." But overly-tweezed arches weren't the only fad. Model Kristen McMenamy even shaved off her brows when she rose to fame.

In the five years that followed the millennium, Jennifer Lopez's fashion and makeup choices weren't the only thing millions of women were obsessed with. Her meticulously groomed, well-defined arches became the must-have shape. "Jennifer has great eyebrows and she has been the trendsetter in eyebrow style for a long time," says Anastasia, who works with the American Idol judge (left). "Halle Berry and Catherine Zeta-Jones were also really popular at the time and have a similar style." 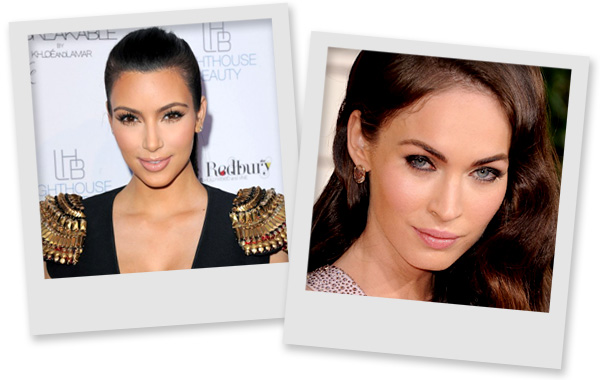 Nowadays, bold, darker brows rule the runway and the red carpet! "People want a thick shape with high arches such as Kim Kardashian (left) and Megan Fox," says Anastasia (who has both stars as her clients). Texture is making a comeback too. Many A-list arches have a more natural appearance. "Full eyebrows have a youthful effect, so the older you get the thicker your eyebrows should be."