Brush 01 is also available with The Collection.

Buff liquid, cream, or powder products into skin with light, circular motions. For sensitive or dry skin, use gentle downward strokes to minimize the look of facial hair or dry, flaky patches. For extra coverage, stipple product in a soft patting motion. Brush 01 is also ideal for applying blush, contour, and highlighter. 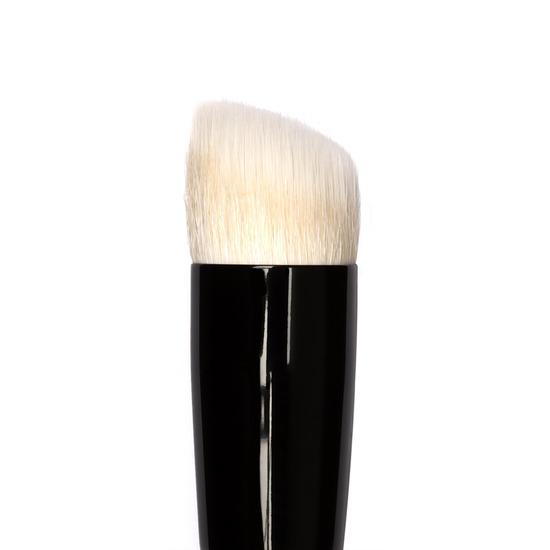 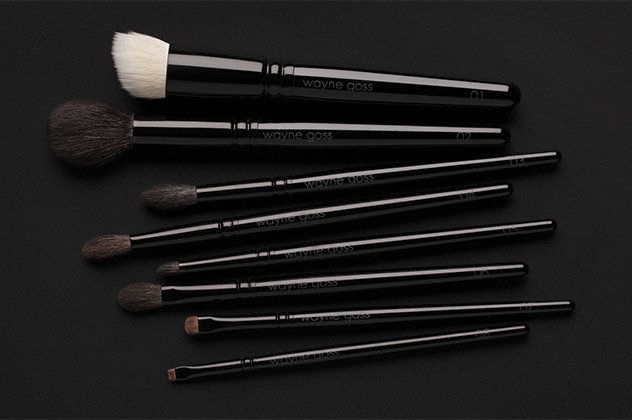 Each brush has been handcrafted by more than 20 artisans from start to finish. Learn More 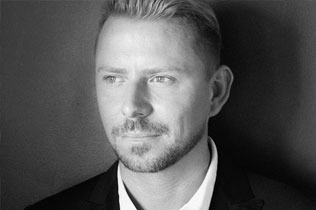 Get to know the pro makeup artist and beloved beauty vlogger behind the brushes. Read More 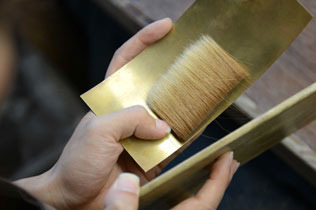 Join us as we take the Shinkansen from Tokyo to Kumano to see how the brushes are made. Learn More

Wayne walks us through all the ways to create a flawless complexion with Brush 01. Learn how to diminish the appearance of facial hair, disguise large pores, contour, and highlight.

It's great to blend out under eye concealer. I wouldn't use it for foundation it just would take a super long time to do that. No way! Just because it says it's a foundation brush that doesn't mean u have to use for that. People knock stars off for that reason which I really don't agree. It's a great quality brush and I find it very useful. Blend some under eye concealer and use it for cream highlight or cream blush. It's similar size to the mac 130 but goss brush is slanted and softer. Sorry about my dirty wayne brush it is very much loved. It's ONLY for SIZE comparison.

The brush is dense yet the very top is sparse, like a stippling brush. It is much smaller than I would like. The size would be great for contouring, spot correction, &/or touch-up (all my friend pointed out and I agree.) I wonder if making it larger would have the same effect. The first time I used it I thought my face looked flawless but then again I had used a new foundation and finishing powder. So to test I used my other brush from Sephora (Classic Mineral Powder Brush #45) and it was definitely not the same. It was just okay compared to what the Wayne Goss brush achieved. So the day after that I used the Wayne Goss, and viola! flawless face. Doesn't seem to be a coincidence. I'm still not sure I believe it. I mean, come on, guys, it's just a brush. But man! I'll have to do more tests.

[Attached picture is from Instagram, filter: Valencia. But stiiill..]

Best foundation brush I ever used, and I have tried many foundation brushes, including flat ones from bobbi brown, Channel, new real technique triangle one. I prefer the duo goat synthetic brush for applying foundation. I have MAC 187, 130, hakuhodo B5554 and Shiseido. WG 01 is similar size to MAC 130, which is actually my faviourte size for foundation. Hakuhodo B5554 is slighter bigger and I use if for darker shade foundation or cream contour. WG01 has the most soft synthetic hair. It blends foundation so evenly and it feels like heaven. I do not find it taking to long to apply foundation for the whole face like others said. I use it for my rush morning makeup as well. I highly recommend this brush.

I have to admit that I didn't like this brush when I first got it. It's way too small to do a full face of foundation. However, I was watching one of my favorite beauty vloggers, Flowerbomb31 and she suggested using it for under eye concealer and cream highlighters. OMG!! This brush does the most flawless job of blending my MAC ProLongwear concealer. LOVE!

The Ultimate Brush for Liquid, Cream and Powder Formulations!

I can honestly say, I have found the best foundation brush on the market. The versatility and unique design of this brush is unsurpassed. Please do not hesitate on this purchase…you will not regret it!!! I did a full review with photos and comparisons on my blog. -Maria www.ifmakeupcouldtalk.com

I know it's billed as a foundation brush, but....

I don't use it for that! But what I do like this brush for (A LOT) is applying cream blushes (Stila convertible colors, for example) and for dabbing on liquid highlighting products, like those from Becca. The size is perfect for work on the cheek area; and the construction of the brush makes it very well suited to the sort of concentrated stippling that goes into the application of products like these. The brush pushes product into the skin seamlessly and softly; and, even when working over foundation, it doesn't disturb the work you've done underneath your cream blush or highlighter. It may not be a 100% essential brush (some would argue that you can always use your fingers for these things), but I'd still recommend it highly. Save your fingers; use the Goss #1.

This brush is very soft and has densely packed bristles that apply liquid foundations beautifully. The brush creates a very light coverage to start and only picks up a small amount of product. My only complaint is that I would want a larger version for my whole face and use this one for spot coverage around eyes, nose and blemishes. I was pleasantly surprised that it washes back to white every time.

I am a huge Wayne Goss fan so I had to try he’s brushes. Brush 01 is amazing! I love the feel and the ease of applying my foundation. The angle of the bristles makes the ease of applying even around my nose area simple. I have tried both stick foundation and cream, and this brush worked great without leaving any streaks. This brush was so good that I had to order another one…

Suprisingly Not into it

I dunno. I started doing my face in the late 80s. There have been so many application tools and techniques since then and non of them worked as well as my fingers. Until just recently I got a Sephora pro mini airbrush as a bonus gift. And a light went off. Then I bought a chikuhodo T series foundation brush and knew the error of my ways. There is something better than my fingers for foundation application. Even with their decades of experience. Haha. But this WG brush is not in that league. Sad to say because I <3 his videos and these brushes have such a reputation. But this foundation brush has bristles at two lengths. It looks like the natural bristles are shorter and the synth ones longer. It doesnt work for me or maybe it’s the combo of my liquid foundation (TF traceless) primer(Dior CT) and skin type (aging combination). I don’t know why everyone else loves it but it’s a streakfest disappointment for me. The construction seems nice. It feels good in my hand. It sheds more than my chikuhodo brushes. The size is perfect -diameter of the brush head I mean. It just keeps striping and streaking and won’t settle down. I’ll keep it for a while and see if I can find some good use for it. *shrug*

This brush looks so promising and it's beautiful white bristles really the one attracted me and made me decided to get the Collection set. But when I try it for the first time with a liquid foundation I was mortified to see the result. My foundation was streaking all over my face showing each line made by the bristles. I thought maybe I was using the wrong technique because I was using glide downward technique so I tried the buffing.. nope it just moved the foundation around with streaks.. I tried the pressing techique, a bit better but the foundation wasn't being distribute evenly and the bristles stroke create streaking.. I gave up and back to use my beauty blender and bam.. no more streaks, just nice even result.