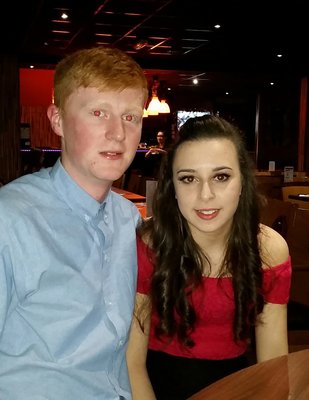 See all of Lauren C.'s photos

That's so awesome Haha. All the big cities are so spread out so there's like hundreds of little towns that nobody knows of if they live in the city. So it's hard to know everywhere lol.
Makeup wise definitely shoppers is the best, they've also started to have like benefit and urban Decay products. It's mostly drug store cheap ones, but I think they're trying to be like ulta in the states where it's mixed high and low end. And just a heads up, if you want a certain brand we may not have it. Like sephora in the states sells like the full collection of occ, thebalm, lorac and illamasqua, and a few others, but here we only have the sets from them. It's weird. But I guess it's some boarder issue thing. Because I can't even order occ or most of those products off sephora :/ it's weird. We have most, and all of the super popular ones but not all.

It's so exciting to travel to other continents! I've only been to California in the states, and Cuba but I so want to go to Europe and such. It's odd how it's like a whole different world in each country lol.

No problem! I know it's always surprising how big Canada is lol. There's places I've never even heard of and I've lived here my whole life Haha.
If you find anything from Canada that you want to find like a top or shoes or makeup, I can try and get a specific address or something so it's easier to find. We have pretty much everything the US has, and Canadian stuff of course.

Where in Alberta is he going? If it's in Edmonton, definitely go to West Edmonton mall. It's got 400+ stores lol. So really ANYTHING you could ever need is in there. They do have prices marked up a bit though (mac lipsticks are 17$ in other malls 19$ there) but it's not a huge deal unless you'll be doing tons of shopping.

Store wise, We have Mac and sephora, which have most of the big high end brands. The bay has Estee lauder and brands like that. Drugstore wise, shoppers drug mart and London drugs has almost all brands, and a lot of Canadian ones are there. Elf is only at winners department store. Nyx is only at rexal drug marts. All of these can be found in West ed mall but they're also in every city. We don't really have any local beauty shops, at least that I know of. We have Sally too but they really only cary Sally brand makeup, I only ever buy eyelashes there lol. I hope this helps :) and if you can give me a city I can help more, or if you have any specific brand or products that you're looking for :)

Thanks for following hun.