The secret behind doll lashes, finally revealed! Lancôme's most flirtatious lash look. A volumized, extended and full lash fringe for a wide-eye look.

The secret behind this amazing result? A new, unique, cone-shaped brush provides an extremely smooth and clean application, precisely defining even your hard-to-reach corners and lower lashes. Combined with the exclusively developed FiberShineTM formula, it sculpts, curls and loads each lash for the ultimate shiny lash fringe. Lift and thicken every single lash without weighing it down. Push up your lashes for your most flirty, wide open eye look. 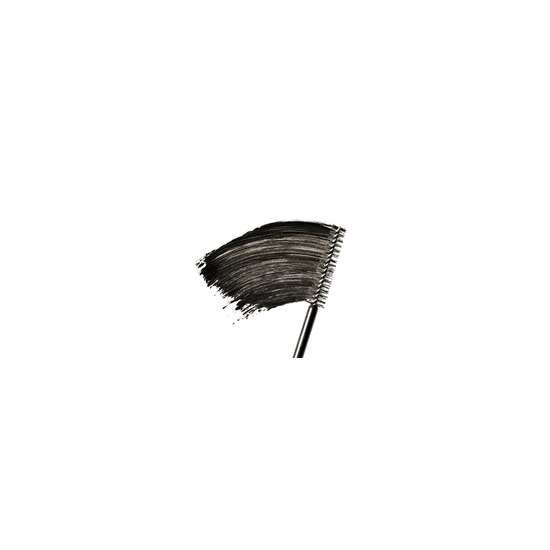 I love this mascara and never change since the first try! When I came to sephora and ask for the best mascara, the lady shows me this Lancome, I love it as much as Mischelle Phan love it. It's waterproof, really! Not like the others. It's stays long dan does her job really well. Although it's pricy, but it's worth the price.

i love this brush! its tapered end makes it so much easier to get to the little corners and really opens up your eyes and makes your lashes feel soft!! i absolutly adore lancome mascaras however sometimes i feel that for its price tag, i can expect a little more because it isnt a showstopper for me. xx

I acquired this mascara after I saw Michelle Phan used it. It looked great, so why not? On the plus side, my lashes got darker. On the down side, I didn't get the curling effect I thought I would. It took a curler and more coats to get a decent look. I wouldn't recommend this product.

I love doll lashes. I had the sample, and really liked it. So I went out and bought it! It a little on the expensive side, but I think it's worth it!

I got the sample size one and I found it to be alright. I do admit, I like the fact that it lengthens a good amount, as opposed to other mascaras, but I am not so sure about the formula. I did see a bit of flakiness. I think that just as long as you apply it correctly and use a lash comb, you're good. It's okay but I think it can be better.

I got this because i saw that kim kardashian used this in a makeup look and at first it was ok nothin special but after a month the mascara sucked so bad that my drug store ones were doing a better job ! Never investing on this again

Absolutely the best mascara I have tried!

I have always been a fan of Lancome mascara, but I wanted to try the doll lashes for a more dramatic look. I was amazed by how well it fanned my lashes while thickening and lengthening at the same time! It stays put all day too. I don't use waterproof because I don't like how difficult it is to remove, but this still stays on all day without needing another coat. I don't get any clumping either.

I usually stick to drugstore mascara's, but after seeing Michelle phan doing a romantic look with the mascara I thought I'd give it a try. In terms of the mascara giving my lashes volume, I found it to be more lengthening than anything else. My lashes aren't too long to begin with, so I did like the length the mascara gave (especially on my bottom lashes). I did find that when I tried to brush a second coat of mascara on my lashes that it clumped, which is always a minus. I'm also not a fan of the container either, excess mascara tends to collect on the rim of the tube which is a little of a pet peeve for me. I paid $26 for my own tube, and I do have to say that I don't think it was worth it knowing that their are drugstore mascaras that are just as good and even better. Overall, while it doesn't compete with my cover girl lash blast I think that the mascara is perfect for my bottom lashes, but I don't think I will be purchasing it again.

This is an amazing mascara. I was givin it randomly, and I decided I'd try it. I have very long lashes, but they aren't very dark, so I just need to darken my lashes. This mascara also opens my eyes up. It is a great mascara.