Beauty Through the Ages 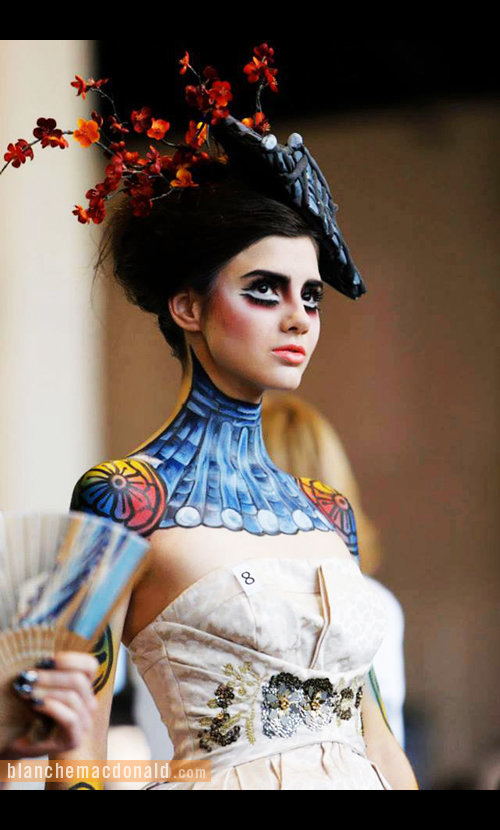 We are still blown away by the spectacular feats of artistry that won Blanche Macdonald Global Makeup graduate Gloria Kim FIRST PLACE in the International Makeup Artist Trade Show (IMATS) Sydney Battle of the Brushes competition!

"My concept is inspired by the traditional Korean house. The house itself portrays artwork with its wood-frame construction and its signature tiled roof made of intricate details and patterns. They were built continuously from 1392-1910. Some are conserved, while some are built in present day, serving not only as a home but also as an glimpse of past's beauty.

"For the face I used Make Up For Ever HD Foundation (N115) mixed with Kryolan stick foundation (Ivory). For the eyes, a gorgeous burgundy shadow from my Blanche Macdonald school kit, my Ben Nye Neutral set powder and Ben Nye shadows – the pigment of Ben Nye was amazing! The colours show up on the model's face really well! For the eyebrows, black front fades to brown to the end using BenNye (Black ER-99 & Twilight Sable ER-80). All the colours I used for her body were from Make Up For Ever's 12 Flash Color Case and Kryolan rainbow wheel. The airbrush colours were from Golden!"