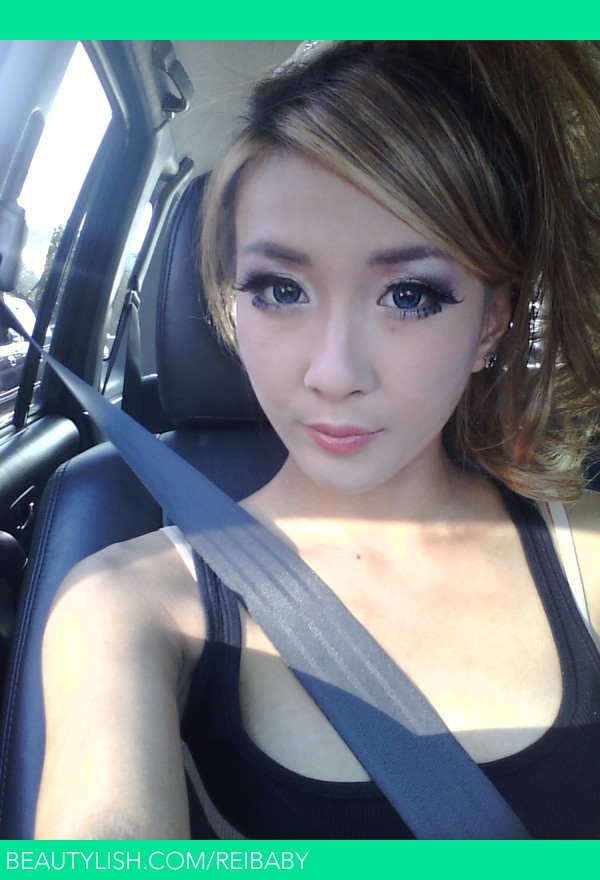 2011.10.21
I went to a Miyavi Concert and decided to go gal (I took off my outer piece in the car cuz it was warm)
Top lashes are Darkness and Dolly-wink, and the bottom lashes are Diamond.

wht lenses are those?

thanks :) n do u hav any favorite/recommended circle lens ? :)

Hmm my favorite is between this GEO Blue and my PUFFY Pink lenses at the moment. I had bought the pink ones thinking they would be like GEO's Candy pink lenses with the enlargement that these blue ones have, but I got the wrong ones. The pink pair don't have the enlargement ring, and are a bit opaque, but I ended up satisfied with the pink ones. They're pretty versatile in that I use the pair for cute looks and sassy looks, but I still really like the enlargement and solid color on the blue pair.

I ordered another set of 3 pairs of lenses, but didn't get the same pairs at all. I decided to try something new and got Princess Mimi Sesame Grey, GEO Mimi Café Latte Brown, and Barbie King Size Circle Pink. Barbie lenses have been pretty popular among the Japanese gals I've seen wearing more fun styles. I liked the blending on the Princess Mimi Apple Green I got so I wanted to try the grey. The Princess Mimi lenses also look really nice in HQ photos. The GEO Mimi Cafe lenses, I'm really excited for because they have super interesting patterns.

If you hadn't noticed, I prefer GEO the most haha