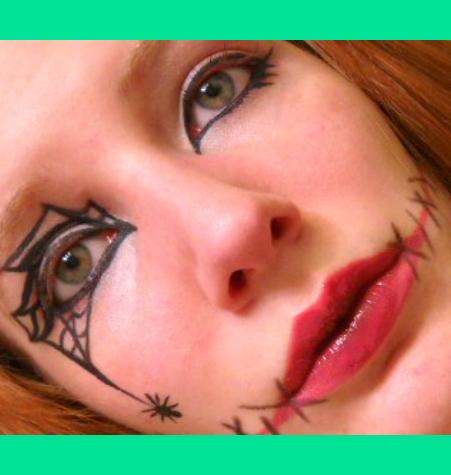 Now, I was pretty tired when I did this makeup work so bare with the ridged lines on everything. I'll update the image work sooner or later.

I had made it seem like I had what was called a "glass glow smile" and added stitches to explain the lip situation. When it came to the eyes, I was actually testing the spider web vs. the simple pretty look for the eyes for a certain look that I'll be doing soon enough. Although I was a little lazy here as well since I didn't use mascara or the false lashes that would go with a better version of this look.