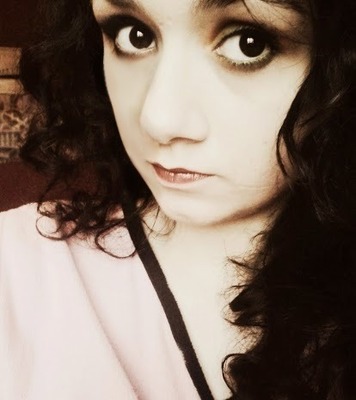 See all of Caity R.'s photos

I really like your butterfly eye make up! Super creative :)

Thank you very much! :) I'm hoping to start doing more inspired pieces once my A-levels are finally out of the way

Q: How do you do your nails?
A: Freehand, though i'm looking into getting a plate set once I have some money spare

Q: Is your hair curly or straight?
A: Curly

Q: What is your favourite brand?
A: Saffron so far they have beautiful neon colours

Q: What if your favourite nail polish brand?
A: tie between Constance Carrol and Collection 2000. They're good priced nail polishes with a range of colours that don't chip easily.

Q: What's your favourite piece of make up?
A: It was Bourjois Mineral Mouse Foundation in 81, but it's been discontinued and I can't find it anywhere. I've been spending the past few months trying to find a reasonably priced foundation that could replace it to use for everyday wear in Uni, but haven't succeeded so far.

Q: How do you grow your nails so long?
A: It helps to have a naturally large nail bed (the part actually attached to the finger), generally I do nothing, I've never bitten my nails and file them only when they're uneven.

Q: Worse product?
A: MUA Matte Foundation. I read reviews and people said it worked wonders and thought it'd be good to use for Uni (since there's no point using an expensive foundation for stuff like school), but it was far from Matte, my face was very shiny, and even with their Matte Loose Powder, it became shiny again under a hour.

Q: What do you want to be when you're older?
A: A Video Game developer, failing to get into the industry, an IT programmer

Q: Where would you most like to shop?
A: Japan/Korea. There's a lot of hello kitty and cute stuff over there that's really cheap compared to the prices charged in the UK, they also have some neat limited edition trainers and region exclusive games. Though surprisingly to some, I'd really love to shop at Walmart.

Q: Would you do a swap?
A: Only with someone I've talked to a lot, and it would be for drugstore items, like me sending them MUA and CCUK cosmetics and they send me Elf and other stuff I don't even know of.

Q: Do you have a youtube?
A: I do have a YouTube, but I don't like my own appearance enough to start filming, I also have a really old, poor camera that I wouldn't subject people to.