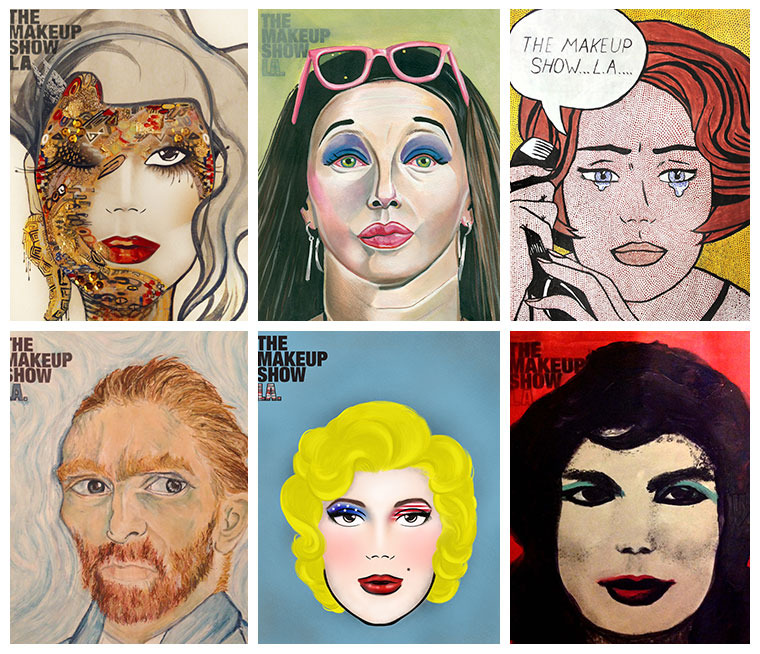 The Makeup Show L.A. celebrates its five year anniversary with face chART, a contest focused on the art of the face chart. In this contest, an international group of artists used makeup to construe, craft, and recreate iconic fine art images onto The Makeup Show Face Chart.

The Makeup Show L.A. has chosen some of the best examples of artists from all areas of the industry, who have used this medium, to show the unlimited potential and possibility of the face chart. Instead of featuring photos, the face chart was chosen as the theme of the contest so that each makeup artist could showcase their talents in a more direct, immediate way.

The goal: re-create a famous and recognizable piece of art on The Makeup Show face chart using your kit and your imagination. Armed with those tools alone, these charts have shown the infinite possibilities for capturing depth, dimension, and the drama of art from any period. They have re-imagined and re-created famous (and infamous!) fine artists through the simple face chart, while sharing their art and vision with our makeup community.

The winners of The Makeup Show L.A.’s first face chART contest will be eligible for loads of prizes including:

The Makeup Show L.A. will take place March 2nd and 3rd, 2013 at 110 East 9th St., Los Angeles. Tickets can be purchased online here or at the door the day of the show.