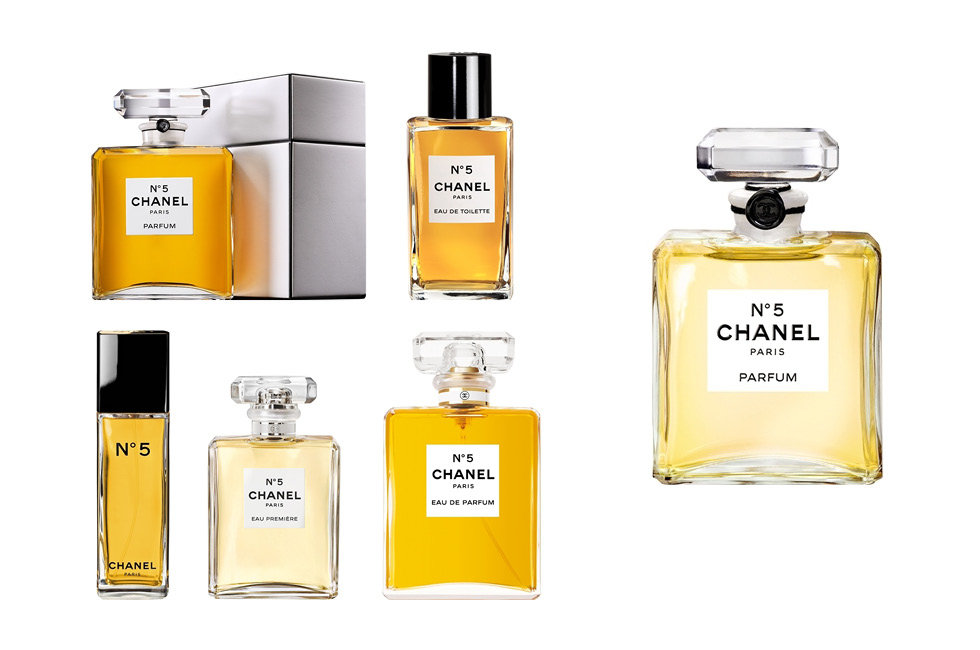 A few years ago, on a bright Sunday morning, I realized I was an adult. I’d finished all my work for the week, I had already done the laundry and grocery shopping, my house was clean, and I had a little money saved. So I decided to celebrate my newly realized adult status the way any glamourous adult woman would: by buying a bottle of Chanel No. 5. After making my way to the Chanel perfume counter at a department store downtown, I sniffed the tester of Chanel No. 5. Ahhh, heavenly, powdery old-fashioned elegance.

“I’d like to buy this, please,” I said to the woman behind the counter.

“Yes,” she said, a hint of impatience in her voice. “Which kind? Do you want the Eau de Toilette or the Eau de Parfum? And what size? Ooh, I also have the Extrait, if you’re interested in that.”

I backed up, newfound elegant adult status crumbling around me. “I...don’t know?” I said. “How ’bout, um, the one I was smelling, right here?”

“The one I was smelling” turned out to be Eau de Parfum. It was lovely and expensive, and I liked the bottle. I got lucky, really—if the Eau de Toilette had been the thing out on the counter, I would’ve bought that out of sheer panic, and I learned later (after getting seriously into perfume) that I don’t particularly love the Eau de Toilette version of Chanel No. 5 at all.

Ever noticed that the Eau de Toilette version of a fragrance smells different than the Eau de Parfum, and wondered why, or what the difference is? Well, cracks knuckles, we’re here to lay it out for you.

Extrait, Eau de Parfum, Eau de Toilette, and Cologne—all of these are terms that tell you the strength of a particular fragrance. That is, how much perfume oil has been dissolved into alcohol. Generally speaking, any version of a scent with “eau” is less concentrated (“eau” is “water” in French).

The most common perfume types, from lowest strength to highest:

And then, much less commonly, you might see these:

These last three are all fairly rare. Many assume “perfume oil” means “100% scent” and therefore a better value. In reality, it’s just formulated in an oil base instead of an alcohol base to make the product last longer. I’ve never seen a fine fragrance perfume oil from a major perfume house—my experiences with perfume oil are limited to little import stores that stock rollerballs by the register. Those are not usually made with high-quality ingredients, and can smell extremely harsh or strong; so always try before you buy.

Here is something wild about fragrances: the formulas often vary within different versions of the same scent. That means that a brand-new bottle of Guerlain’s Shalimar Eau de Parfum doesn’t smell exactly like the Eau de Toilette, and neither of those smells quite the same as the Extrait. Of course, different concentrations of the same fragrance will always be similar, but the notes can change subtly from product to product. Another good example: Thierry Mugler’s Angel Eau de Parfum smells quite different than the Eau de Toilette; the former is a more powerful knockout of fruity, chocolatey patchouli, and the latter, lighter and less cloying. So the best way to shop? Head to the counter and ask your nose!

“Quality” and staying power: not one-size-fits-all

So it’s up to you and the tester strip to find out which version you prefer, and there isn’t a “best” or “classier” choice—there’s only what you like. While the Extrait of a perfume is always the most expensive version, it’s rare to find outside a high-end department or luxury goods store, so that means Eau de Parfum is usually the end of the fragrance-strength road for most shoppers. Also, Eau de Parfum tends to last longer than the Eau de Toilette of any given fragrance, but that doesn’t ring true across the board. You could easily have an Eau de Toilette of one fragrance that you cherish (say, Bulgari Black Eau de Toilette) that lasts on your skin much longer than an Eau de Parfum of a different fragrance you love (like Tokyo Milk Tainted Love Eau de Parfum.) A Cologne, with just 2 to 5% perfume oil, is designed to freshen you up and fade away, and yet I own Colognes that stay on my skin all day!

You see what I’m getting at here. It’s all relative, and it all depends on what you like and how your skin retains fragrance. There is no one type that’s consistently better than another. All you have in the end, is what your nose tells you is best.