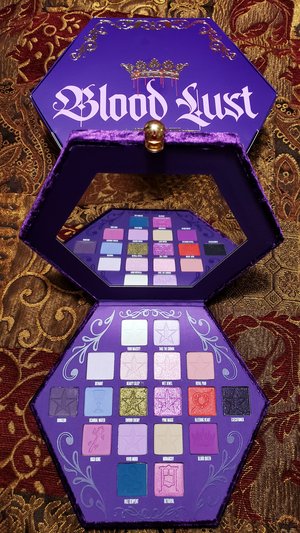 I LOVE purples so this was going to be in my hands no matter what. Have used this palette everyday since it arrived. Used it with Blood Sugar, Blue Blood, Jawbreaker, and a few other morphe palettes I have with great success! I just can't say how much I love the Bloodlust palette. The mini lips are also just everything I was wanting. I've gotten so many compliments about them & at least 2 people want to see more from JSC and Beautylish websites!

I've tried other primers from cheap drugstore (waste of money) to expensive samples (waste of time). I was beginning to think this "primer" business was a total gimmick, after all I've been using foundation all my life without a primer so why start now? I took a chance & purchased this ONLY BECAUSE I LOVED THEIR CLEANSING BALM. I was so pleasantly surprised by this moisturizing primer! I get it now, I see what a primer can do and Should do! I use this daily & love it! Fyi, there is no scent that I can detect, absorbs quickly leaves no greasy or oily feeling. Very light weight as well

This stuff is AWESOME!

I recieved a sample of this with a previous order and the very first time I tried it I loved it! Not drying what so ever! Also has this gentle lemongrass scent that I adore! It cleanses so well it even gets waterproof makeup off with ease. It literally melts with a few drops of water and body heat. I will be purchasing this product for as long as it's available 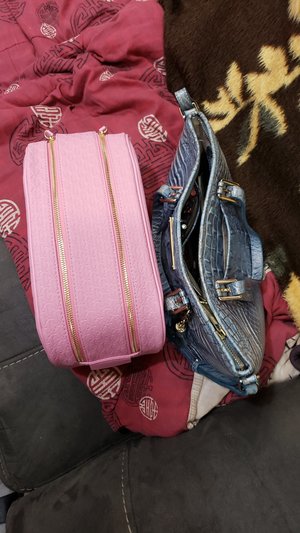 This bag is MASSIVE!

Omg this Jeffree Star bag is SOOOOOO BIG it can hold so much! This is so so so Nice! I was looking at other makeup/accessory bags for about the same price but honestly why buy another brand when you can have a JEFFREE STAR BAG??? I am so in love with this bag and I wasn't sure I'd like the pink color but it is just a smooth color and the quality craftsmanship is just OUTSTANDING! No regrets on my choice what so ever. I've attached a photo of this bag next to my Brahmin purse which is not a small purse btw. I may buy the black one too, I don't know, not sure I need it but it is so worth the money. I just want them all but "need" to get the Alien green bag and a black/hot pink one as well! 😂 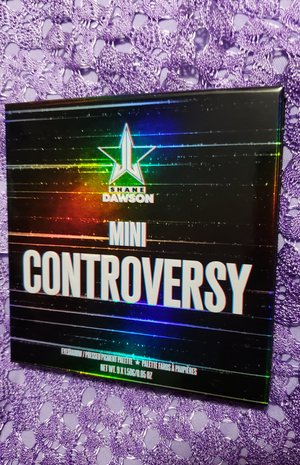 First off, I have to say I LOVE Jeffree Star's Jawbreaker palette, Blood sugar palette & Blue Blood!!! LOOOOOOVE them so much so when this new collab came out I was super excited to get both. Could only get the mini but still SUPER excited! So I try all the colors in a swatch first. Just BEAUTIFUL. Then I followed my usual routine, cleanse, moisturize, eyeshadow primer, then apply shadow. The lighter transition shades seems ok, it's working....but, I apply the purple and it's good, it's going good. Apply the darker blues and seems ok but the colors are not quite the same as in the pan. Go for the shimmer/satin brown(shade my apology) and it doesn't really show up. Go to wipe the fallout off and it turns a REALLY RED smear all across my face. Ok, well it's not the same as in the pan, so noted & I clean up. So far it looks great so I apply my setting spray (morphe, the same kind I've been using forever) and go out to get ready for work. 20 minutes later I go to check my makeup and it's all muddied up and mostly gone! Where did it go???? It looked super patchy and the bright bold color was all but gone. I quickly grabbed the Jawbreaker and Blue blood palettes to fix it. As I write this now 6 hours later my "fixed" shadow is still going strong but honestly I think there's something very different about the formula in the mini. I'm going to try it again, maybe use a different primer & maybe different brushes(??) to get the best possible results because I really really REALLY wanted to love this! 😕 Fyi, the packaging is SO PRETTY! If nothing else, it'll be a nice display piece

Even more Beautiful in person!

Purchased with the Rose gold makeup bag & they match perfectly! Planning to purchase a couple more of the metallic mirrors to have a nice collection

I bought this along with the JS peach chrome mirror and they are a perfect matched set! Love how spacious the bag is, I've already filled it with 4 of my JS palettes. If course I plan on purchasing at least 2 more bags!