Leaving no shade unturned, our huge assortment of colors and textures tempt you to stray from an otherwise predicable palette. The luxuriously creamy formula nourishes and protects lips with Vitamins A, C, and E. Hyaluronic Spheres (found naturally in the body) are added to stimulate cellular function, prevent dehydration, and fill-in lines and wrinkles-now, how many Lipsticks can do that?! The teardrop-shape bullet (etched with an Urban Decay logo) is infused with a decadent crème caramel scent and flavor. 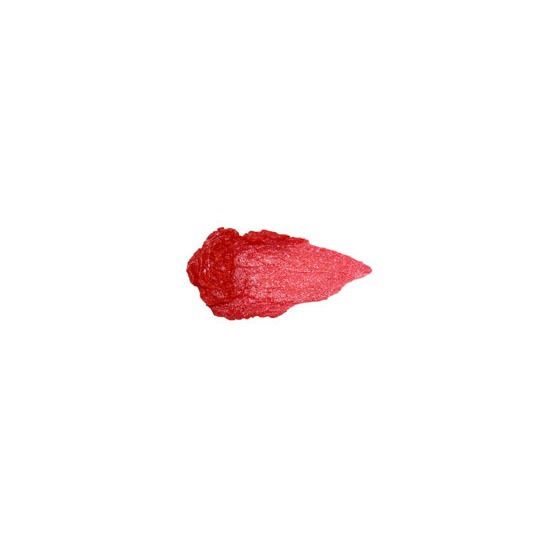 Lovechild is one of my favs! I use a LOT of pinks, and I've tried them all. But I keep coming back to Lovechild because of it's particular soft blend of pink, with just enough blue to keep my teeth looking white. The formula for these lipsticks is very soft, smooth, and creamy. They last and have just the right amount of pigmentation! I can't recommend them enough

My only complaint is the little metal sword on the end. If you break this off, it is very difficult the open the lipstick. Just an FYI

These lipsticks arent my most favorite, but theyre pretty good! They are sheer, yet creamy and moisturizing and have a yummie scent!

Dispite their silkyness, they do not wear off as quickly as you would think! I felt like I went through my tube pretty quickly though due to the fact it was so sheer that I had to really layer it to get the pretty pink I wanted! (and I also used this instead of a gloss bc it was the perfect pearly nude-pink!)

Decent, but I've had better.

I was pretty excited to get a full-sized lipstick in a Beauty in a Box set from Sephora, among a few other full-sized items. A long time ago I got a small sample of a different color from Urban Decay, but it doesn't quite give the full effect. For the packaging, I give it a 4 out of 5. It is cute and will definitely protect the lipstick from damage, but the little dagger at the end is inconvenient. There are times when I would like to stand up my lipstick, perhaps to compare with others or photograph, and the packaging makes that impossible to do. For the color (Wicked), I give it a 5 out of 5. It's described as a sheer sheen mauve, and that's exactly what it is. I would say it has pretty decent coverage, and because it's sheer, it will blend with most people's natural lip color for a customized effect. For the texture and wear, I give it a 4 out of 5. The texture is really smooth and thick in a substantial way, and it seems to be hydrating. The color lasts many hours as long as you aren't eating or drinking too much. It doesn't hold up too well against excessive napkin blotting, but it's not really advertised as as long wear lipstick anyway. What I particularly don't like about the product is the taste. That's sort of a weird thing to comment on for a lipstick, but this one has a weird bitter taste to it. The smell is nice (described as creme-caramel), but if you happen to lick your lips, which will happen from time to time, you get that bitter taste. For that strange element, I give it a 3 out of 5. All factors considered (not mentioned, but the cost is $22), I probably won't look at Urban Decay first for lipstick; however, they do have a way with coming out with amazing must-have colors, so I guess we'll see. ;)

I love this, the most perfect shade of red! The product lasts forever, doesn't spread, I can eat and drink (whether it be from a glass or bottle [even beer bottle!]) with it barely coming off. I don't even use a primer or lip liner with it. It has great color playoff (awesome pigment), is light, and doesn't dehydrate. I wish they still made this, need to try the new one. Luckily I just found a new one on eBay (Revolution seems to be the hardest to find). Also love Lovechild.

I love love love Midnight Cowboy. I am not much of a lipstick wearer and This gives me more of a lip gloss feel, which I am totally okay with!

I'll never stray from this.

I'll admit I bought this product initially more for the packaging than color. I am a huge red fan and while Gash is a not a true red red, I love that is very smooth and moisturizing for my lips. I love this color because I can apply it without too much work like I would with most of my darker lipsticks.

I bought this during the Urban Decay sales when they were phasing out old style products, so I purchased for 3 dollars! I love the color, its a great "starter" fall lip color, especially if your not really ready for deep burgundies or plum colors. It's not a true bright red, its a darker with a bit of sparkle to it. I love the wear--its smooth, doesn't go into fine lines of lips, lasts for about 4-5 hours, and does not dry out lips. All around great product. Plus, the packaging is too cute.

I got a sample of this and I must say that they've given me the right color. I like it. It applies to the lips with ease. Although conditioned first.

I bought my "indecent" lipstick a while ago at Sephora, on sale. When I saw the swatch on the box it was nude, when I tried it, well.. It was a lot darker than I thought haha A lil disappointed, but it was okay because the lipstick is great. It is very shinny, with lots of glitter and the color is beautiful. Negative points: 1) I need to wear it with lipliner... Otherwise, it is not as homogeneous and opaque as I would like it to be... 2) I was disappointed because on the package it looks pink, but when you try it it is more like a peachy pink, not a true pink. See what I mean? So I got a nice lipstick, but not the one I wanted because of its box.

Also, I LOVE the tube! It is really beautiful!!