Treat lips with this skin-softening scrub that sloughs away dryness with raw sugar and replenishes with pure maracuja oil for lips that are supple, soft and smooth. Whether the weather is hot or cold, this lip pick-me-up gently exfoliates and buffs away dry skin to give lips a fresh start. You'll transform a flaky, lack-luster pout into a healthy hydrated smile using the firmer, brighter, smoother skintuitive™ properties of pure maracuja oil. Raw sugar granules are suspended in a soothing balmy elixir of antioxidants and vitamin C to act as a natural exfoliator as dead cells that cause lips to chap and crack are softly sloughed away. As the raw sugar exfoliates lips, maracuja oil simultaneously acts as a tall glass of water, promoting hydration, cell recovery and surface rejuvenation for lips that appear noticeably revitalized and fuller. This powerful resurfacing lip scrub exfoliates lips then provides instant hydration--quenching lips with no greasy or filmy feel. 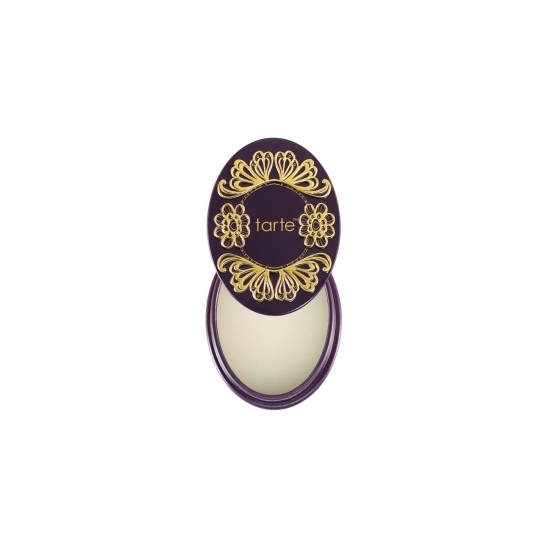 Since Korres discontinued their lemon lip scrub, which was amazing and I'm still angry that I can't find it anywhere (not that I'm bitter, or anything), I've been looking for an at least half-way decent replacement. It appears I've found it (and more) from Tarte's maracuja lip exfoliant. While I admit the recent maracuja oil/argan oil explosion in beauty products seems fad-ish, I've always been impressed by Tarte's products, so I figured I'd give this a try. I purchased this using the Tarte's family and friends discount through their website, which brought the cost down considerably. I'll admit when I first purchased this, I was disappointed. I couldn't seem to find anything exfoliating about it, though the packaging claimed it contained raw sugar. However, I discovered that there are actually two layers (thought not very distinct) in this product. The top layer is a lip balm, which is very minty and moisturizing. Great, I thought, but I wanted an exfoliant. Well, after about four uses, and focusing primarily on the center of the tin, I found the second layer. So I applied the sugar crystals, rubbed my lips together a few times, and voila! My lips were super soft, hydrated, and ready for lipstick! Bonus: it costs less, even without the discount, than the Korres scrub did. Double bonus: it comes in a cute tin! Try it!