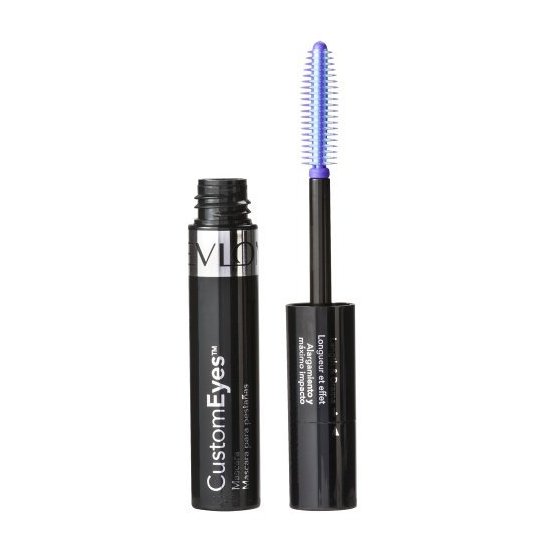 I got this on clearance at cvs as well and it cost me around three dollars so I wasn't expecting a good result. But it was great it has a dial on the top where you can choose where you want the bristles to be and it's waterproof so great for summer. I love this mascara, it doesn't clump up my lashes but gives them a dramatic feel. This is my favorite mascara from a drug store hands down.

I received this in a revlon gift bag as a bonus for spending lots at their counter, and I love it! i love the idea of being able to change the type of lashes it does, and it's super easy to use! goes on and stays on for a good time, is waterproof, but easy to remove! love.

Has two looks to choose from!

I have this in Blackened Brown, which is really black!

I enjoy there are two different settings (although I use the first one). For me, the first setting (Length & Drama) doesn't clump my lashes as setting number two. This is a good drug store mascara that'll get the job done.

I have this in the waterproof Blackest Black and it's AMAZING! It DOES NOT come off unless I use an oil based makeup remover, so it lasts even on hot and humid days and my allergy-induced watery eyes. I prefer it on the second setting, since that gives me the longest, most defined lashes I've EVER had, especially when I curl them first. I would say this is definitely worth the price, it's now my go to mascara.

I'd never tried a Revlon mascara before, so when I saw this I had high hopes. First of all, I found the settings function of the wand to be a bit gimmicky, as I didn't notice much of a difference in my lashes from one setting to another. However I tended to keep mine in the "Length and Definition" setting because the Drama setting made my lashes clump a bit.

Second, I've never in my life had a problem with mascara flaking. I guess I've just been lucky until now, because about 3 hours into my day a friend commented on "all the dirt on my cheeks." So embarrassing. It was as if this stuff just fell off my lashes. I thought perhaps it was just because we'd been out in the humidity. So I tried it again on a day I knew would be spent mostly indoors. Same result. I don't know if I just got a faulty product or something, but this stuff just does not stay put.

Will not be repurchasing.

My mom had given me this mascara. It's fiber-based, and has two settings. I prefer to use the second setting because I feel that it makes my lashes longer than the first. It does hold a curl very well, doesn't clump, and does last all day without any touch-ups.