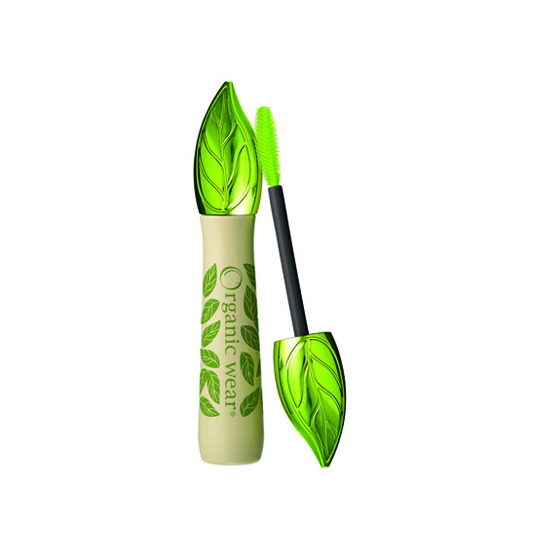 This stuff is really nice. I makes my lashes look full w/o giving them that unnatural dramatic dark look and w/o clumping. Really nice stuff. And the fact that the formula doesn't have a lot of weird chemicals in it, makes it a huge plus.

I bought this as my first mascara some 7 years ago and it is amazing. I have extremely sensitive eyes and this doesnt bother them I personally prefer the pink tube fake out mascara but this works just as well

Good for the price

I usually use L'Oreal telescopic mascara but I wanted to try something that had a thicker brush. I can honestly say that this mascara gives my lashes great volume. It is kind of pricey for me but what makeup product is not? I would purchase this again!

Generally I will pay up to $20 for a tube of mascara if I know it's worth it. With this I feel like it's such an average mascara that 10 bucks was over rated. I like the spikey rubber brush. It does a little bit of volumizing for me. Personally, I got the same effect from a $3 ELF mascara. It also made my eyes itch after a while. Plus, it's not super black; it's on the lines of charcoalish black to me.

Generally I will pay up to $20 for a tube of mascara if I know it's worth it. With this I feel like it's such an average mascara that 10 bucks was over rated. I like the spikey rubber brush. It does a little bit of volumizing for me. Personally, I got the same effect from a $3 ELF mascara. It also made my eyes itch after a while. Plus, it's not super black; it's on the lines of charcoalish black to me.

I was drawn to this mascara because of the fact that it's organic, which is a huge priority of mine. I use the Ultra Black shade. I don't really see myself switching over to anything else for daily wear.

The packaging is a little goofy, but who cares. The product itself goes on smooth, is build-able, and does the trick of lengthening and thickening the appearance of lashes.

My only complaints are the packaging (which is taste thing) and that it's not water/smudge proof, but if it meant adding chemicals and diminishing it's organic status, I wouldn't want that.

Physicians Formula Organic Wear Mascara is a "100% Natural Origin" mascara that promises to lengthen, volumize and define lashes. Apparently this is the first ever certified organic mascara. The formula contains "EcoBlend to protect and perfect". What is EcoBlend? Supposedly a mix of "OrganiSoy to moisturize and help nourish lashes, and Eco Olive, a natural antioxidant to shield lashes from harsh environmental aggressors." Wow, so many buzzwords. Who are you trying to impress, Physicians Formula? I bought a duo pack of this mascara at Ulta for $9.99, which I believe is the normal retail price for just a single tube. I gave away the other tube as part of a gift. This mascara contains .26 oz (7.5 g) of product. This product was made in America. Physicians Formula does not test their products on animals. As with most of their products, Organic Wear is ophthalmologist tested, hypoallergenic, and fragrance free, as well as safe for those with sensitive eyes and contact lens wearers. Organic Wear comes in a leaf printed recyclable cardboard box. There's tons of information on the box, barely a square inch isn't covered in claims. There's even a chart on the back explaining the difference between Physicians Formula's organic ingredients and the synthetic ingredients that make up more traditional mascaras. An ingredient list can be found on the bottom of the box. I love the look of this mascara's tube. The tube is beige with leaves all over it. The name of the product and Physicians Formula logo adorn the front of the tube in green lettering. The cap of this mascara is really cool. It's A LEAF. A SHINY GREEN LEAF. So cool, yet so impractical. It's difficult to get a good, solid grip on the leaf shaped handle. You know, its ok though, I got used to it and I give Physicians Formula credit for getting creative with their packaging. The "EcoBrush is 100% recyclable. Physicians Formula says that this "innovative green brush is good for the earth and defines each lash with ultra soft, plastic bristles. The brush, about an inch long, is kinda an elongated football shape. I find it similar to Maybelline Volume Express One by One's brush, but with shorter bristles. The plastic bristles are evenly spaced and fairly short, tapering towards the ends of the brush, longest in the middle. A lot of product gets stuck on the tip and bottom of the brush. Do not like. However I go do like how this brush applies mascara, it sweeps through the lashes with ease. The Organic Wear formula is "100% free if harsh chemicals, synthetic preservatives, parabens, smudging, clumping, flaking, fibers, and dyes". Slow down there, Physicians Formula, we both need to take a deep breath after that. This mascara has a strange consistency. It goes on like a normal mascara, but it wears with a strange, sticky, tacky feel to it. Not cool. Cat and bunny fur stick to my lashes when I wear this mascara, irritating my eyes. That being said ,the tacky but not too wet formula holds a curl pretty well. Organic Wear mascara offers a nice amount of length and a fair amount of thickness, but I wish it gave me more lift. I feel like it kinda makes my lashes go straight out, then up, instead of that beautiful, delicately curled look. You know what I mean? While I agree that this mascara is smudge and flake free, I wouldn't call it clump free, though clumping isn't a major issue for Organic Wear. It wears well aside from the strange stickiness. This mascara doesn't give me itchy eyelashes, but it sets me up for itchy eyes in general if I'm going to be hanging out with my fuzzy friends. This mascara removes easily, but just because its natural doesn't mean it won't burn if you get it in your eyes in the removal process. Ow. I didn't like it at first, but I've been warming up to Physicians Formula's Organic Wear mascara. The texture is a little weird, but I like the results, otherwise. It gives very nice length while still looking relatively natural. It can feel a little heavy on the lashes, but it doesn't actually weight them down. Packaging is pretty cool, but not the easiest to work with. This is a decent mascara, but I wouldn't repurchase it, yinz know how I like to try new things. I also prefer a more dramatic lash look. Plus, $10 per tube? That's kinda steep. This mascara might be a good option for you if you're into the all natural, organic thing. Personally I feel like some things aren't meant to be organic, and mascara is one of them.

My mother bought this for me quite a while ago, and I fell in love instantly! It dosen't make me look like I caked it on, or anything. I love it!~

I love this because it doesn't look like I'm wearing mascara, but it does a great job of holding a curl and looks so natural! It separates, lengthens, and doesn't clump lashes. It also has pretty good staying power; I've only occasionally had it smear under my eyes, but that was 8 hours after application. It's one of the best drugstore mascaras I've used, and even rivals most department store brands! You really can't beat that for $10.

THIS IS THE BEST! Seriously it is the best mascara I have ever use and I refuse to try anything else. It separates, lengthens, moisturizes, thickens and rejuvinates your lashes! I adore this product for the texture and mascara itself as well as the applicator. I would recomend it to anyone!