No need to hide at home after a long night out – NYC New York Color Corrective Cover Sticks have you covered. The soft formula won't pull or tug around your gentle eye area AND they blend well under foundation. Go from tired to triumphant for a steal! Use yellow to conceal dark under-eye circles and freckles. Use green to hide blemishes and red blotches. 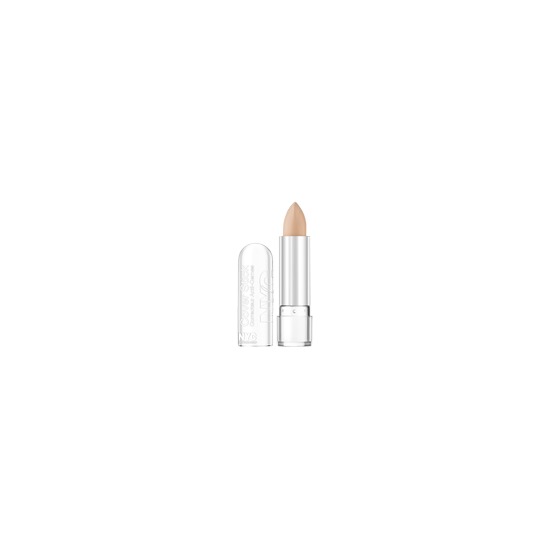 This product does not have great coverage for dark circles but it DOES act as a great highlight! I buy the lightest shade and it just about matches my skin tone (it's a tad lighter very surprising!). It gives a nice effect!

Not very good I had this product for about 3 days. Before it broke. I didn't press hard, it just broke. This concealer is also very cakey so I would not recommend buying it

My friend (kailee) her youtube account it wkailee123. She uses this coverstick under her eyes it just makes her look alive!:) Her face is suddenly brighter!:) She looks really pretty with it on! It is also really cheap.:)

When used with a concealer brush this covers red imperfections well. I find that two coats of this, tapped in with a finger and set with powder, will cover an imperfection all day. It does not, however, cover blue well, so not good for eye circles. I find that an advantage to this concealer is that it is beige, rather than having strong peach or yellow undertones, so it blends well with skin. I am light complexion, dark hair and freckles, with warm undertones, and Medium is a good match for me.

It looks good right when you put it on, but my skin can get a little oily and it turned cakey pretty fast. It is quite creamy though, I was surprised for the price.

Good for under eye circles

NYC (New York Color)'s Cover Stick is a stick style concealer. I use the shade "Light", which I purchased at WalMart for $2.65 for 0.08 oz. Packaging is a clear bullet tube similar to a lipstick tube. The cap is clear and snaps on firmly. I haven't encountered any issues with the twisting mechanism. This was the first concealer I used in a long time. I hadn't needed one. My mid teen years were relatively acne free, and the acne I got from working as a fry cook was usually covered by my uniform hat. But after moving back to the States from Australia, my skin went crazy, it was the worst it'd ever been. I figured it wouldn't stay that way so I didn't want to invest much in a concealer. This was the cheapest one I could find, so I picked it up, not expecting too much. This concealer doesn't deliver great coverage for pimples. It masks them a bit but mostly just neutralizes the redness surrounding them. Neutralizing seems to be this concealer's specialty. It covers under eye circles really well (granted mine aren't that bad, but a little noticeable). I was really impressed by it's ability to neutralize both redness and darkness, while adding a bit of brightness without any shimmer or pearlesence. However the formula is lacking in several areas, all stemming from it's very dry texture. First you need quite a lot to cover your under eye area, or any area other than just a spot or two. That's mainly because this concealer doesn't blend out well. The formula is quite dry and once applied, it wants to stay put. Which is good, I never need to reapply it during the day, but this concealer sets too fast. Only three shades, and two corrector shades were available, so there's no variety at all, other than "light" "medium" and "dark". I use light, which is, surprisingly, almost too light for me. Overall this concealer is quite good considering the price. Its mainly good for neutralizing discoloration, but not really masking blemishes. Because of that, I've moved onto a different concealer and won't be repurchasing this one, but I do recommend it as a good, budget under eye concealer.

Okay so I normally like the majority of the products I buy, but this one was a total miss. I went on a makeup binge about a year ago and I knew absolutely nothing, which is how this product reached my collection. To put it plainly, I don't like it. I got the shade Medium and honestly it looks terrible. It doesn't brighten under my eyes, it doesn't conceal dark circles, and it settles into your fine lines, therefore I think it is a really poor concealer. The color selection is not suitable for women of color because it comes out white on the skin and makes your under eyes look like you have a ton of powder underneath. The only possible way I would use this product is if it works well with another concealer or if that concealer is too dark. I really regret buying this product. However if you are fair skinned this would probably work for you.

After a few hours, it tends to seep into every pore and the rest disappears. It cases a really weird look - It settles into fine lines & is not attractive at all!