Intensely pigmented eye shadows that leave an incredible deposit of color on lids. Glides on silky-smooth, blends effortlessly and resists fading and creasing.

Tips and Tricks: Use a light shade over the entire area from the lash line to the brow line to create the smudge resistant base. Apply a medium shade on the lower lid and blend it into your base shade. Use a dark color along the lash line and outer corner of the eyes as an accent to create the depth in eyes.

Tip: To extend the wear, apply your foundation or pressed powder on entire eyelid before applying your eye shadow. This eliminates any oils your lids may have which can cause your eyeshadow to crease. 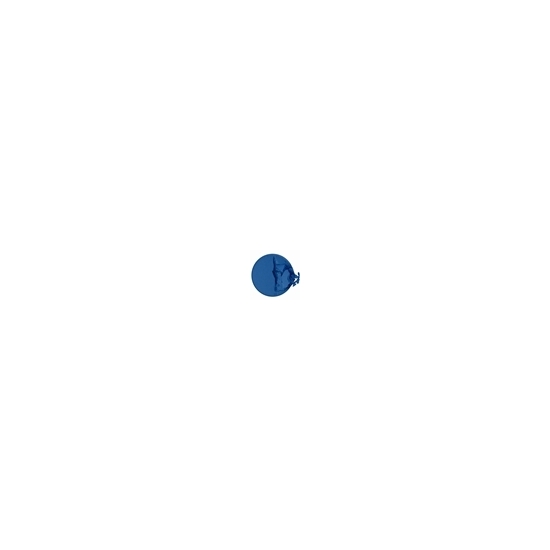 Love. Love...love...love. These shadows are seriously amazing and with a price of less than $5, they're just unbelievable. Crazy pigmented, silky smooth, and so easy to apply, a little goes a long way with these...a LONG way. They actually remind me a bit of MAC's Veluxe eyeshadows; not Veluxe Pearl, but Veluxe. It was a line of matte powder eyeshadows with a creamy, silky texture and phenomenal pigmentation. For whatever reason, MAC discontinued them (they were my favorite), but these Milani Powder Eyeshadows are super similar, bigger, and only a fraction of the price (so these are my new favorite). One slight con of these shadows is that they're soft which means they're a little more delicate and fallout-prone. Also, the availability is limited as they are CVS exclusives. It is possible that they may be available on Cherry Culture or the Milani website sometime in the future though.

Overall, I highly recommend these if you can get your hands on them. My favorites Pitch Black, Shocking Pink, Tickled Pink, Purple Shock (especially this one...omg gorgeous), Pearl, and Gold Dust. And Just Perfect. Yes, I do have a lot of favorites :D

One of my favorite drug store eyeshadows!

Anytime I use any of these colors, I get compliments. I've also been asked if I was wearing MAC while wearing these eye shadows. They have good pigmentation and last forever!

I love this blue. So bright!! The only problem I had with this product was the fact that I dropped it in the bathroom it shattered and had a tough time getting the blue out of the grout.

MY FAV HIGHTLIGHTING SHADOW IS BY MILANI!!! I USE IT ALL THE TIME I LOVE IT CUS ITS A LIGHT COLOR THAT DOESNT LOOK WHITE. THE COLOR I USE IS ALMONDINE IT IS A GREAT COLOR FOR HIGH LIGHTING!!! I SWEAR BY IT!!! LOL!!!

This is a great drug store brand! Quality Product for an even better price. I love them. Colors are highly pigmented and they have a wide range of colors and quads to choose from!

I got this not thinking it''ll be very pigmented. Oh my gosh! This blue is amazing! It's so soft and pigmented! You don't really need a lot for application! I will be buying more of these!

I own a lot of them and I am seriously in love with Milani eye shadows. They're are best drugstore eye shadows or one of the best eye shadows out there! They're very pigmented, the colors are vibrant and bright and they are very easy to blend. Gosh, I can't think of anything bad to say about them!

I LOVE these eyeshadows! They are among my favorites, because many of them are exact MAC dupes, and some are even more pigmented than MAC. The also are easily depotted and fit right into MAC palettes. I own almost all of them. Too bad they are almost impossible to find these days. They used to sell them in Target and Ulta, not anymore.

Sheer Sand is a great staple to have. It's a neutral shimmery beige/tan, and looks good with just about any color out there. I love using it to highlight my browbone, and applied wet, looks glowing on my eye lids.

For a simple and glowing everyday look, wash Sheer Sand all along the lid with a damp MAC 224 brush. Then, take a MAC 217 brush and lightly blend Milani Javabean into the lid. After, take a MAC 239 brush and smudge Javabean all along the upper lashline (and outer half of lower lash line). Blend everything so it subtly gradients out vs. a harsh line. Mascara, peachy nude cheeks and clear gloss....a great and easy neutral look.

Java Bean is such a great shade. It's a deep chocolate-y espresso brown with a hint of golden shimmer. It's usable in the crease, outer corner, as a liner...just about anything! It's got a nice balance of gold so it doesn't lean too bronze and maintains its neutrality :) I would pair it with warmer tones, and for a unique look on the eyes, with a sheer lavender on the lids! (Try Bobbi Brown Lilac Shimmer Wash eye shadow)

With a fluffy brush (like the MAC 224), wash a sheer amount of lilac shadow on the lid. Make sure you get the entire browbone and inner corners! Then, using a denser and smaller shadow brush (like the MAC 219 or 239), smudge Javabean on the outer upper lash line, up through the outer corner and crease. Blend, blend blend so it doesn't look like an awkward spot of brown shadow on your lids :) Curl lashes and top with mascara, ballet pink blush (like Shu M Pink 30A), and shimmery pink lip gloss for a feminine and flirty look.