The perfume Fantasy Twist is a combination of some of Britney's most popular fragrances Fantasy and Midnight Fantasy. It is a sphere shaped bottle that breaks in half leaving one side a pink bottle which is Fantasy ,and one side a dark blue bottle which is Midnight Fantasy. Fantasy notes: red lychee, golden quince, kiwi, cupcake accord, jasmine petals, white chocolate, orchid, musk, orris root, and sensual woods. It is initially smelling fruity, then very sweet, showing the promised smells of cupcake and white chocolate, with a very light floral smell. Midnight Fantasy notes: black cherries, plum, orchid, freesia, musk, and amber. It is described as a sensual, sweet, romantic, fruity, feminine, flowery fragrance. 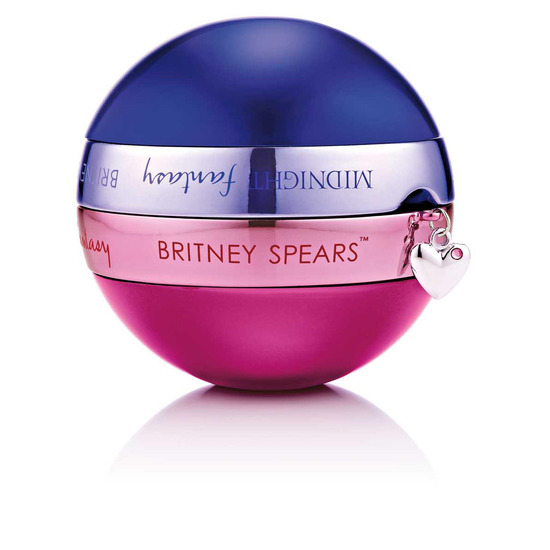 Really nice got two fragrances in one bottle so its really nice and the perfume looks really attractive. My ones nearly finished hoping to get again 😍😍😍😍😍😍 i would rate this 10/10

I'm sorry but the pink smells a bit immature and the violet smells overly mature. However, it did help to spray the younger scent early in the day and ADD the older scent later. But, I don't like them completely solo.