Get yourself some extreme volume! Thickening base coat and volumizing mascara in one. Up to 12X more volume. .35 oz. net wt.

All Avon mascaras are hypoallergenic and opthalmologist-tested. 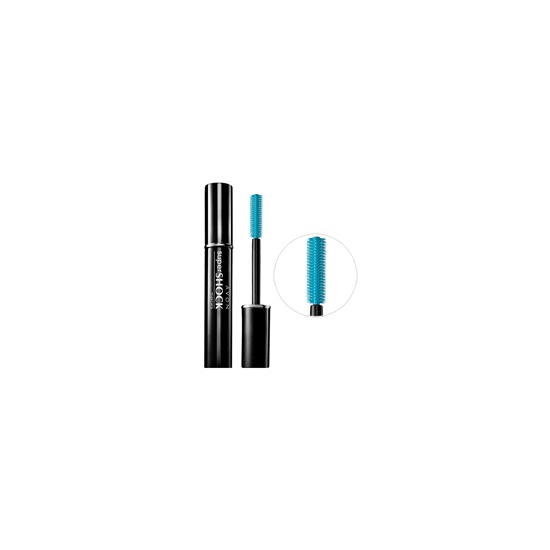 this mascara is my favorite! I love this and Lancome Hypnose! this mascara will help you allll! it's affordable and will make your lashes with soooo much volume! love it!

I've been using Avon products since I was a little girl. A family friend was an "Avon lady". I really love Avon products because they are practical, easy to use, and of course BEAUTIFUL!

Buy hair products and much more at my webstore:

The formula is beautiful; big long lashes with no clumps. But the applicator is scary! It is big and spicky and the brisles are sharp, I poke myself in the eye with it!

This is a must mascara! I had several brands of mascara............but this is 'till now TOP 1!!! Waterproof Your lashes stays with a natural look. Not with bulpy liquid on eyelash. When you have to take it off, very easy.....

Lengthening and volumising but one tiny fault...

I'll start with the good... this is my favourite mascara that I have tried, there's probably better out there, but I like what it does to my lashes. I have fairly well kept lashes and they've always been long and dark so it may work better on me than on most people, but the effects must be reasonably similar on the average lash. The formula is pretty dry so lasts a little longer in the tube than a mascara with a wet formula and it's effects stay strong for about 3-4 months per tube. My only fault with it is that it doesn't well on the lower lashline, so if that's what you want from a mascara, steer clear of this. Overall, I find that it's pretty economical, and I have repurchased it twice so far.

I hate mascaras that make my lashes stick together so unnaturally and SuperShock is so far the only mascara that does not do so! It makes my lashes appear a lot fuller and also natural looking. I'm past my third or fourth tube already (which is a big thing for me) and now I've decided to try out some other types of mascara by avon like superfull but it can't even be compared to this one. Amazing!

good price, dosnt flake. Makes my eyes pop out. My eye lashes look by far thicker and longer. Dosnt run. Dose well in watter and dosnt make you look like a cracked out clown. Down side: if you need it in a hury you wount get it :( Gotta order it a week ahead of need from your rep.

Avon SuperShock mascara promises 12x more volume. A pretty simple claim. SuperShock is available in two colors and a water proof version. I have "Black". Avon does not test on animals. All Avon mascaras are hypoallergenic and opthalmologist tested. SuperShock mascara retails for $9.99, but I snagged mine on sale for $4.99, for .35oz of mascara. SuperShock has a very big tube. The tube is made of black plastic with turquoise lettering. I find it pretty appealing. However, I don't like mascaras with this large of a tube. They take up too much of the precious space in my mascara drawe I adore SuperShock's brush. First off, because underneath all the product on it, it is turquoise. The brush is very similar to Covergirl's Lash Blast Volume's, but longer. Also, the rubber bristles are softer and more flexible. I really appreciate the bristles being soft, they don't scratch my lash line like Lash Blast's brush. The flexibility of the bristles allows for a very clean, even sweep through the lashes. Application really is easy for a mascara with such a large brush. I don't know if I get 12x volume from SuperShock, but I get a good amount. What I really get a lot of is definition, topped off with some nice length. It's a good mix of benefits from one mascara. It's neither a daily, natural looking mascara, nor a dramatic mascara. It's really great for lashes that are noticeable, but not over the top. This mascara wears well without flakes and smudges. It feels good on the lashes, like they're almost bare. The formula is pretty light weight. Another bonus from SuperShock; it doesn't give me itchy lashes, no matter how long I wear it. I've had some pretty awful experiences with Avon mascaras in the past. All of them have either given me horribly itchy eyes, or flaked right off (looking at you, Daring Defintion). SuperShock is way better than I was expecting. It totally changed my mine about Avon's mascaras. I'd like to try some other ones. I recommend SuperShock to those who want, long, clump free, defined lashes with a good bit of volume (everyone who wears mascara, really). SuperShock is a great wearable mascara that I'll definitely consider repurchasing. If you can pick it up on sale, or in some sort of deal, its a great value, but I'd go as far as to say that it's worth it's regular $10 price tag. SuperShock really is a fantastic mascara, I'm glad I gave Avon a second chance

The only mascara I've bought more than once

I bought this mascara from a neighbour once because I was desperate for new mascara. I was a little wary because so many mascaras suck but boy, I was surprised. After using it for a day, I went back to the neighbour and ordered one in EVERY colour. I absolutely love this mascara.

One of my favorite mascaras I've ever used. The brush is a lot like Covergirl's lashblast fusions. It adds length and volume, and if you apply many coats of mascara like i do, it looks awesome. Love it!