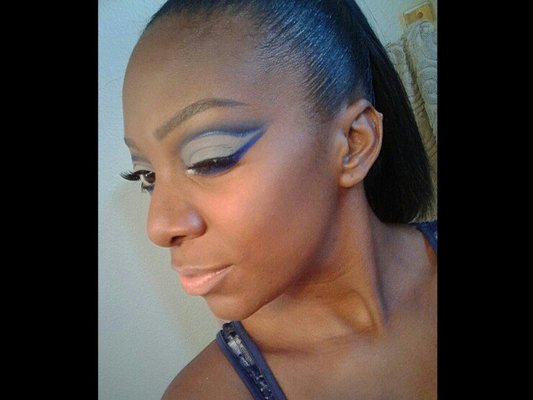 See all of Elisa E.'s photos

Thanks! I've had some pretty messed up hair though, but I can't say I regret it hehe.

Hey Elisa, I just saw your post on the resolutions topic and I think your idea for doing makeovers at a shelter is a fantastic one. I'm moving to the San Diego area in about a week and I'd love to help. Shoot me an email at tlb315@nyu.edu when you get the chance!

Thank you for the advise gurl :)❤️ love your looks super talented!! Following you :)

HOW/WHERE DID YOU LEARN TO DO MAKEUP:

I learned how to do Makeup at the YouTube School of Makeup :D I'm self taught, I learned by starting to watch MU tutorials on YT in 2010 and just found them so interesting and addicting, I was just wowed by the skill and transformations I was seeing, so naturally I was inspired to give it a go. I watched a lot of BeatFaceHoney,MakeupByLeinaBaaay, MakeupByTiffanyD, I watched any and everybody. I had a tiny little MU bag and no brushes so I put in large orders to both Coastal Scents and Sigma, started practicing and attempting to replicate the looks I was watching and the rest is history I guess :) I still love and watch MU tutorials on YT daily, there's even more talented people making tutorials on there than before <3