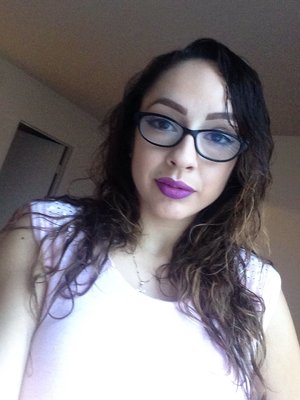 See all of Ivette H.'s photos

Thank you Ivette! You are very pretty yourself and I love your name :)

I'm just now seeing your post. I hate that we don't get alerts when someone post on our profile. There was a serious typo on my end in regards to the moisturizer and retinol. You'll want to use a moisturizer that does not contain active ingredients over a retinol product. The moisturizer just acts a door so to speak to lock in the benefits of the retinol...that's why I suggested it. Its not required but I notice that when I do so it really enhances my skin the next morning. Unfortunately Miracle lineup does not have a daytime moisturizer with spf in it. You could probably try Philosophy Hope In A Jar SPF25. Its not high enough for my personal liking (Peter Thomas Roth and Mario Badescu have my fave daytime moisturizing spf's). When applying products it should go in this order...after cleansing and toning... 1) serum 2) moisturizing spf for daytime. Go from lightest to heaviest. The moisturizer will seal all the goodies in for you. Applying two moisturizers is overkill...especially for daytime use. If you want to stick with using Miracle Worker for daytime you can always use a mineral powder spf (Colorescience has an awesome line of mineral based powder spfs). Again...I"m so sorry foe that typo error and the delay in response on my end.

So today I tried out the Estée Lauder double wear foundation. I'd heard so many good things about it I was a little underwhelmed when I first put it on. The way people talk about this stuff you'd think it's like magical plastic surgery in a bottle. But now I've had it on for about 10 hours and when I just looked in the mirror I was shocked. It looks like I just put it on. Absolutely flawless. I know it says 15 hour wear but so many companies make claims like that and they're never the case, but this is the real deal.

I noticed a slight scent when I first opened the sample cup and applied it (similar to studio fix, an acetone-y smell) but it subsided pretty much immediately after applying. It blended out easily and didn't have that sticky foundation feeling. Coverage was typical for a high coverage foundation. It mimicked the look of skin and never got cakey. No oiliness and it didn't feel drying, which I was worried about. It's only the first day so it's too early to totally tell how my skin likes this foundation but for now it seems really really promising!