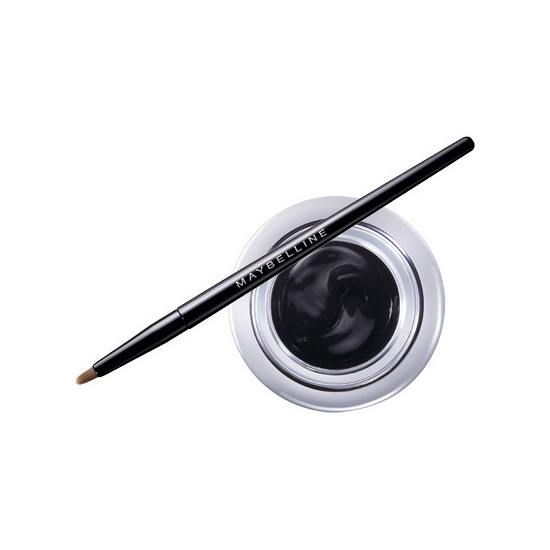 This gel liner litteraly stays on for hours.i love it because I have really oily eyelids and this alone doesn't get on my crease or smudge or fade.the color as well is nice it goes with any color eyeshadow.for the price it's a really good buy I don't have any concerns with this product I recommend this to any one a budget looking for a good gel liner.And it's also really really easy to apply.

This is by far the BEST eye liner I have ever tried. It lasts all day & the gel is so easy to apply. I don't have to worry about it leaving a mark on my upper eye lids through out the day. If you're not a fan of liquid liner & wanna try something softer than the usual pencil liner, TRY THIS NOW!!!

I bought this product based on reviews here on Beautylish, and I have to say, I am quite amazed! The product has just the right amount of creaminess to glide easily, but I still don't have problems with smudging. I can easily use it to draw on winged liner or tightline. The brush, which I thought I would hate, I actually love. Overall I'm pretty happy to pay $10 for a liner and a brush that I feel like I will get a lot of use out of!

I use this more than my MAC Blacktrack fluidine. It's a great drugstore gel liner that lasts all day with just VERY minimal fading. I haven't hit the bottom of the jar yet but I have used quite a bit of it and it's still very creamy and glides on nicely. A lot of people think it dries quickly but I personally have no issues with it. I would definitely recommend it and repurchase again.