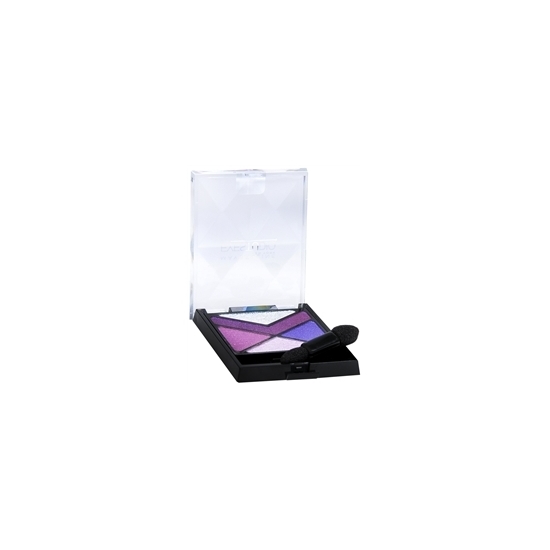 PURRFECT FOR MY HALLOWEEN COSTUME

For the Halloween that just passed, I was a cat, and I was looking for something that would give me the 'myseterious green cat eye' look, so when I found this, I absolutely fell inlove. The colours are gorgeous and dramatic. I like how there are several shades of green that I could play around with to make the perfect look. The only downside I found is that the sparkly white colour it came with was very flaky and didn't adhere too well to my eyes, even with primer. All in all, I really liked this product... great for oober dramatic eye looks.

Colors Pretty In the Pan, But Luminizer Should Be a Primer Instead

I'll be honest, I really only wanted these because for drugstore eyeshadows, the packaging is absolutely gorgeous and comparable to the packaging designs of the far more expensive Japanese brand KATE eyeshadows. Actually, although a lot of people criticize the Maybelline eyeshadow packaging as "cheap" and "flimsy," I've found their packaging to be even more stable than the KATE eyeshadows from Japan, where the lids feel like they'll just fall off at any moment.

I got my first Color Explosion eyeshadow palette in a swap and tried it on, both with and without eyeshadow primer, and both with and without the glittering "luminizer." I found myself preferring to use this without the luminizer at all, because although the luminizer does intensify the eyeshadows a little more, it's not by much. In fact I spent too much time catching glitter fall out from the luminizer on my lids while applying eyeshadow, that ultimately it wasn't worth the slightly better saturation. But by themselves, the eyeshadows appeared really sheer no matter how much I tried to layer it on.

I tried the eyeshadows on again using Victoria's Secret VS PRO Lasting FX Eyeshadow Primer and it worked wonders for these eyeshadows—colors were more opaque and saturated and I spent less time trying to pack the colors on. It worked much better than the included luminizer, so I generally end up just skipping the luminizer, which is a bit of a waste for how much this palette runs for!

If I could suggest anything, the "luminizer" should have just been a highlighter shadow color instead of a pan full of glitter that's difficult to control both under and over the eyeshadows. Otherwise I would have given this a rating of 4. Overall, this isn't a bad eyeshadow palette and it's packaging is very pretty for a drugstore eyeshadow, but their Color Plush Eyeshadows are better than these for their wider color variety, lower prices, and comparable silkiness and opacity.

If you're in on Color Explosion just to collect their packaging, great! Because I love the packaging too. But if you really want more for your money, skip this. There are better-value drugstore eyeshadows.

I must say, it was great!

I own my favorite in Amethyst Ablazed & Pink Punch, both shadow palettes were great to work with! The colors attached smoothly to my brushes, which isn't the case for most drug-store brand shadows, and the colors were so vibrant! The main reason I don't usually like the drug store palettes is because they're usually so packed up tightly near one another, it's hard to use my professional brushes because I'd accidentally dip one half in the color I want & the other half in the shimmer next to it. So I get some color mix up, but usually, it all works out fine! I really enjoy this shadow palette!

I love green eye shadows, the ones in this palette are really pretty but as soon as I used them, it seem that the beautiful golden shimmer/glitter was gone.. I enjoyed more the yellowish, pearl and light green colors then the darker ones. Also the shape of the pans makes it difficult to get the product and for the price i really don't think is worth it...