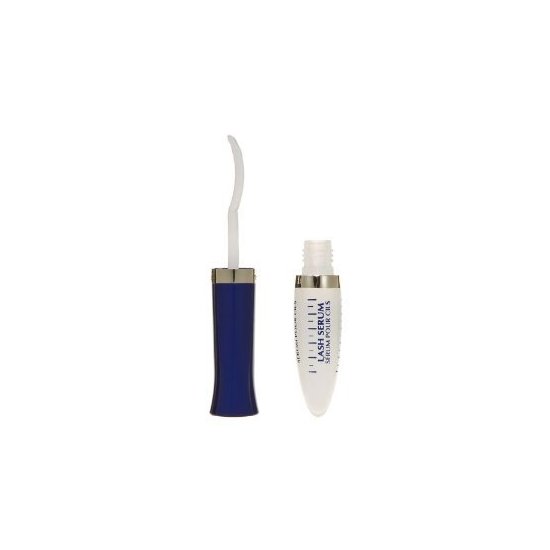 I never tried any serum for my eyelashes until this one. I liked that it had a wand that can safely reach the roots of the lashes and apply a liberal amount of the product. It doesnt have a tacky smell to it and it doesnt leave lashes feeling dry or brittle. Just about 2 coats do the trick. I never really use mascara after waiting for this serum to dry but it is optional. I already have naturally long lashes but as time passes and overly using mascara, my lashes became a little sparse so i seen sudden change with this serum. I have thicker lashes wit this and maybe if it was used religiously i can get about 2cm longer in a month and a half. Nonetheless, it is really good and i would recommend it to a friend.

it works, and i'm going to buy some more and until i can stop using mascara!

my main goal is to have skin and features so flawless and naturally beautiful that i will need very little make-up and be able to leave the house with ONLY moisturizer + SPF, lip gloss, and eye cream and this helps. the results started to show by the third week of using this twice a day (after morning shower and before bed after washing face + brushing my teeth).

it hasn't actually made me grow NEW lashes, but it has kept them on for longer periods of time and less lashes fall everyday (sometimes none falls out when i'm cleaning my mascara off--but then again i use a gentle oil-based remover). it HAS made my lashes longer, though. like i was at the department store the other day and the shop assistant at the MaxFactor counter actually said that i don't need the type of mascara they have for lengthening lashes because "your lashes are long enough already", instead she recommended the type they have for keeping my lashes from clumping together (because i told her i'm really bad at putting on mascara). i was so pleased! :3

also, it means that i get to stop wearing mascara (when i wear mascara, sometimes my lashes crash into my glasses, not all of my glasses just one of them, but they're my most comfortable pair). i'm half-way through my second bottle already and i think i'll get another 4 bottles for the entire year. i hope L'Oreal doesn't discontinue this! :)

Not exactly what it says

I was really excited that L'Oreal came out with this lash serum product at a drugstore price. It took me a while to get my hands on this product. When I finally got it I used this product religiously for about a month and by 2 weeks I did get good results from it. This did not actually make my lashes grow longer, but it helped to keep my lashes from falling out; which gives you the look of fuller lashes. If you use this product at night it does have some residue left when you wake up in the morning, but that is easy to clean off. I find that when I use this serum in the morning it acts like a primer for my lashes. It hold a curl really well and it makes mascara application smoother and easier to layer. The formula does get thicker the more you use it, but the wand applicator makes it easy to apply to your lashes still. You do have to wait for it to dry a bit before you curl your lashes or apply mascara. I find that although it does not make your lashes grow it does help to build thicker looking lashes with makeup. This is something that I still use daily, and I have recommended it to friends who have more sparse lashes.