The 19mm Round was a hit in Paris as it took home the Grand Prix Award as the Most Innovating Iron. Whether or not you decide to wear our Heat Resitant glove that each of our irons are packaged with. You'll be able to create a beautiful spiral up-do, a beautiful perm like look, or just touch up various areas giving you a finish in record time. The 19mm iron will allow you 3/4 inch curls within seconds. Tribostatic Technology Enzo Milano Clipless Curling Irons use a state of the art ceramic core, surrounded by our exclusive Tribostatic heat sink. The even heat of our exclusive Tribostatic Curling Irons in conjunction with the presence of negative ions will cause proteins within the hair shaft to shift from its original form to create a new bond between the protein chains and re-establish evenly throughout the hair shaft sealing the hair cuticle into its curled state. How does Tribostatic heat sink work? -Tribostatic heat sink is a passive heat with an ion sink used to control the temperature of the ceramic resistor device by distributing the heat and ions evenly throughout the curling iron barrel. How do Enzo Milano Irons produce negative ions? -Enzo Milano Irons produce negative ions by using the highest grade materials that have the tendency to become negatively charged. These materials produce the most negative ions on the market today. RESULTS -Enzo Milano Irons give every single turn of the curl, the same consistent heat, resulting in an incredible hold time with any product use. 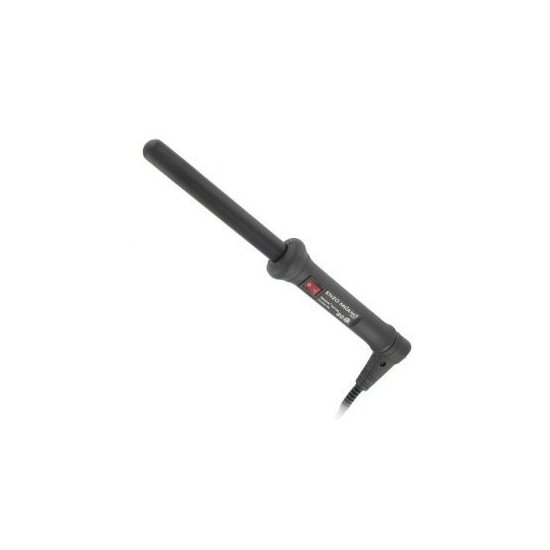 Amazing hair tool. Easy to use and if used correctly you will have long lasting beautiful curls. They are even still there the next morning. Get it if you don't have it.