Our weightless mineral foundation will help get you on your way to healthier illuminating skin. All our powders blend naturally into the skin, and are so light that they work with your skin color to create a perfect color match. All of our foundations contain sun protection factor (spf) 15 and are 100% mineral based with no parabens, no preservatives and no chemical dyes. 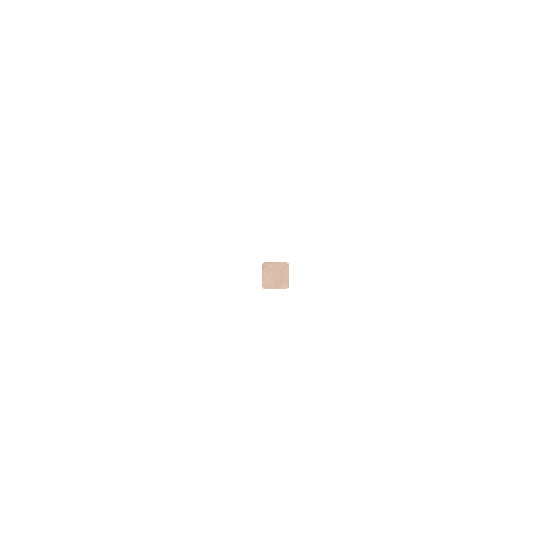 I absolutely love this product. I have tried bareMinerals and sheercover but the shades that i got just did not blend into my skin and tended to look really powdery on my skin. I didn't apply too much to make my face powdery and i buffed the makeup into my skin for 3 minutes and i was discouraged from using mineral powder foundation. When I ordered this from e.l.f. i was so happy by how it buffed into my skin. It made my skin look flawless and i am already on my second one and have bought back ups. I think the biggest con about this product is that you don't get too much product so you will have to have back ups if you use this everyday.

I LOVE this stuff!

When I first bought this, I was skeptical. I have very dry, acne prone skin, so I was scared it was going to break me out and really highlight all my flakes. It didn't! It is amazing. I took the sifter off of it because it was annoying to try to get the product out of once it was running out, but this mineral foundation is really worth the five dollars. I just ran out of my first jar today, and I will be repurchasing this over and over.

ehh on its own, but great as a tinted moisturizer

I bought this thinking it would match, but it was all wrong. So to remedy the problem I came up with an excellent solution. I took some of my cetaphil moisturizer and mixed with a little of this and voila i have a pretty darn good tinted moisturizer!! I couldn't waste it and didn't know anyone who's skin it might complement so this worked out well. Give it a shot you might like it :)

I ordered this thinking it would be great because I have oily skin. It was way to light for me. I felt like I had just put translucent powder on. I prefer more coverage. I also felt like there was a bit to much shimmer in it I know its a mineral product, so really I got what I payed for but I digress, money can be sent elsewhere for better coverage

This product does have quite a light amount of coverage, but I prefer that to caked on foundation anyway so this works well for me. The colour (fair) matches my skin tone quite well. I'm using this as I have run out of the foundation in my Sonia Kashuk sheer magic mineral face palette (in pale ivory), and I can confidently say this product works nearly as well for me as Sonia Kashuk's did.

Light coverage/ can be used like a light concealer

I have very dry skin, so I'm not prone to pimples or large pores. That being said, I love this foundation. I have scarring from facial scabs that are easily covered up by this foundation. I also use it as a light concealer for my under eye circles. I take a dense eyeshadow brush (I typically use the elf C brush) and get a little foundation on it then pat it on my circles. BAM no more tired eyes!! I would think for those who want more coverage than just evening out your skin tone, this is not for you.

I compare this and it's coverage to a tinted moisturizer. I have some hyperpigmentation and w/ a little concealer and this applied over, it covered pretty well. I am aware that a lot of people say the coverage is lacking but I think it just depends on your skin's current condition, undertones, and which shade you are using from this line. Also, this works better with a "pressing" technique & not swirling as you may do w/ a liquid foundation and stippling brush. I use the "Press & Roll" method with E.L.F's Powder Brush and I get an even, natural finish. I think for the price you should try it and if one technique or color doesn't work try another. It's not always the product but the steps we do to apply it, that gives us a result we may not like. I hope this helps some of you! xo

Overall - Light to Medium Coverage, Semi-buildable, Natural looking, and lasts decently with or without a primer/base. Not a lot of product is my one gripe!

Too dark for me and broke me out.

I recieved mine in the lightest shade and it is too dark, but i used it anyways since I paid for it, until it broke me out. This product contains Bismuth Oxychloride which can break people out, I've also heard that BM has the same ingredient. This doesn't have that great of coverage either. I threw mine away, it just wasn't worth even using it all.

I HAVE DRY SKIN! As we all know that you don't use powder or anything like powder foundation when you have dry skin you use liquid because powder drys it out. Anyways in the summer my skin get slightly more oily, and I use full on sunscreen because I'm afraid that my moisturizer etc. doens't protect my skin enough. And sunscreen is oily, plus I still moisturize my face because it can also get dry from the sun. So by using sunscreen, and a mositurizer and sweating my skin gets greasy. So to keep the moisture in and from preventing my skin to become greasy I use the foundation, because mineral foundation doesn't clog your pores. Although I don't think my skin looks anyflawless, in fact I can't really tell. It's super sheer, it doesn't cover anything but evens your skin slightly. I wouldn't reccomend this if your looking for any kind of coverage. But it didn't break me out at all and it's cheap! So test it out! Thanks bye!

Check out me using it (Title: Face Routine) My Youtube: sweettreats121

I started using Bare Minerals foundation and was extremely happy with it. However, at $25 a pop, I was curious to try a cheaper alternative. I've heard a lot about ELF, and thought this might be worth a shot. I ordered in "Fair," though I was worried it might be a little too light, and hoped for the best. I normally won't buy foundations sight-unseen since I'm a tough colour-match, but for $5, I won't be nit-picky.

This really isn't comparable to Bare Minerals at all. I know, I know, it's a fifth of the price, but! It really lacks coverage. Additionally, the "fair" colour has a distinct orange tone to it, and looks almost like a bronzer on my skin. I mentioned that I'm touch to match, but this was at least 1-2 shades darker than my skin. And it's the lightest shade they stock. Eek.

I'm going to hold onto it and try it again in the summer, though I really don't tan at all, but I also encountered a slight problem with breakouts while using this. I won't say this is what did it, because I was trying out a few other products at the same time, but as soon as I switched back to my Bare Minerals, the breakout calmed down. Just a coincidence, maybe, but a pretty striking one.