Blinc Kiss Me Mascara is the original tube-technology mascara. It's invented to form tiny water-resistant "tubes" around your lashes for maximum amplification and hold, rather than painting them like conventional mascaras. Once applied, the tubes bind to your lashes and cannot run, smudge, clump, or flake, even if you cry or rub your eyes.

This mascara adds both volume and length, to give you a radiant natural look that lasts all day. Neither water nor pressure alone will remove Kiss Me Mascara. Only the combination of lots of warm water and gentle pressure (no need for harsh makeup removers) will slide the tiny tubes effortlessly off your lashes into your hand. Upon removal, you will actually see the tiny tubes slide into your hand. 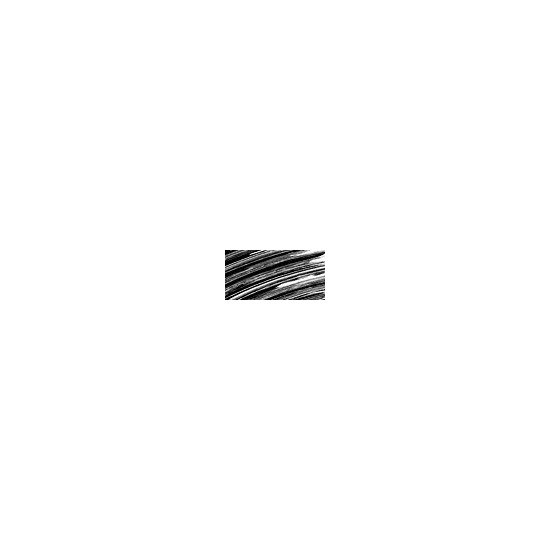 One of my favourite mascaras! Although it costs $30 at Sephora, I'm on my third tube already! This mascara is great for those who like lengthening mascaras. If you want a volumizing mascara, don't bother because it is very difficult to build up volume due to the formulation. This is a great mascara to wear everyday. I love not having to use make up remover and just washing it off with lukewarm water at night. The best part about this product is that after my first tube I noticed that I had MORE lashes and they were LONGER than usual! I think this has to due with the fact that this mascara doesn't dry out your lashes and you don't need any makeup remover (which usually makes my lashes fall out!) Overall this is a great mascara to help your lashes grow!

The only mascara for me

Mascara has always traveled on my face - every time I'd go to a dept or specialty store the sales person would say - "ours is different" and it never was UNTIL I found the Blinc tube mascara! This is the only mascara I have ever used that stayed on my eyelashes. An extra perk - I can put my mascara on before my contacts and it still stays in place. I was not given it to review - I bought it on my own and highly recommend it to everyone

I remembered trying this a few years ago, with the beauty tubes as they call them, and not being so impressed by it.. nulow that i am no longer a mascara novice i decided to give it a shot.

I NEVER wear waterproof mascaras-they ar way too damaging! So this intrigued me since its not a typical waterproof formula, but will not smudge, smear, fkake ir run, even if ypu cry or swim. But all it takes is warm water and pressure to remove. Let me first say-this is absolutely true! It never moved. But when i took it off (with warm warlter and fingers as previously said) and it came right off with all these little black tubes in my hand lol. At first i was scared.that they were my lashes because thats what they looked like lol. But then i pulled them and stretched them and they were rubbery and springy lol. It was neat, if nothing else!

Now for the aesthetics-this made my lashes look very pretty! At first i thought it was a little difficult to work with since i knee it was going to "tube" my lashes but it was actually quite easy. Its a more naturallish look, but still dramatic enough for nighttime. It added just the right amount of volume and length. I should mention though that i already have quite long lashes, since this tubes what you already have, i wouldnt recommend this for those with very short lashes. Also it only seems to have a slight curling effect so i really "over" cured my lashes prior.

All in all a great mascara that separates, defines. And pretty for daytime with just one culoat. BUTTT it has a pretty hefty price tag at sephora, probably because of the novelty of it

I must be in the minority here, but I really liked this mascara! It provided me with a good amount of length and great separation, no clumping, and best of all I had absolutely no flaking or smearing by the end of the day! I wore this mascara when I was at the gym and it didn't budge at all. I already have pretty long lashes, so that could be why it worked for me and not for others who really need a lot of length and volume. While I wouldn't wear this everyday, it is definitely a must for me if its raining or if I need my mascara to stick for awhile.

not for the voluptuous lash ladies at heart

i tried this mascara, and though i don't have much pros to say about it, it does have its own benefits. i don't usually pack on the mascara on a regular school day (i save that for work), but during the winter and spring, the second i walk out of my house its a 50/50 chance my eyes will start to tear...and most mascaras end up under my eyes or on my eyelids and i have to walk down the street holding up a mirror to check. as for this one, no budge!

all it does for me is darken my lashes, i already have length but my lashes are light. they're also not very thick so i dont get much volume though id like some. i love the way it comes off and i wish that they had a more lash-boosting formula/brush to make lashes look a little more like you did SOMETHING to them

I just had to try this mascara because I saw it on my girlfriend and her lashes looked fab, well it wasn't my for me, has a greasy like feel to it and was very messy going on so if you have a lash guard use it. The best part about this mascara is the way it washes off, all you need is water.

This mascara stayed on like it said it would, but frankly it didn't really do anything for my lashes. After I put it on, my lashes looked pretty much the same as they did without the mascara. And it didn't really help to hold the curl.

I bought into the hype once again - and was sorely disappointed by this lackluster mascara. It did absolutely nothing to enhance my lashes. No length, no volume, no curl. The worst part is that it does indeed rub off - but not in the same way as traditional mascara - this stuff is kind of rubbery, like pieces of dried glue, which ended up in my eyes and under my contact lenses. I'll take smudges any day!

I really do not understand the big deal about this mascara. I would not pay $24 dollars for this, I much prefer my LashBlast mascara. It just didn't do it for me, you can get better mascara for a cheaper price.

I agree with Ning Below. I could just use clear mascara for $1.99 from the drug store. After I washed it off, I saw a few lashes in my hands...not good at all. While I was applying it was on my fingers. Received it in September 2011 Birchbox