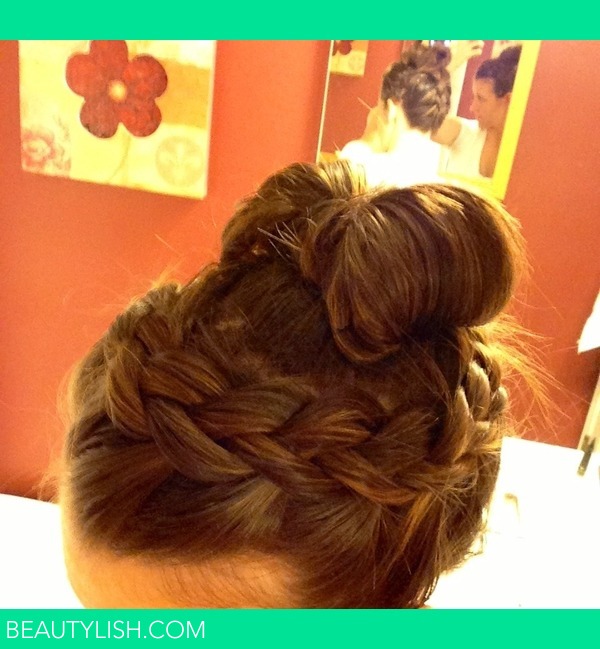 Super cute, you should do a tutorial.

How do you do the bow part?

You should do a pictorial!

Hope that helps to answer some of the comments you ladies left.

Hey ladies! It's very simple! What you want to do is start the front braid first and start French braiding across your hairline and braid it all the way to the ends, you'll end up pinning it across the back under the bow when you're finished. Next do a half up pony tail. Take the hair that isn't in the pony tail and flip your head upside down and start doing a three strand braid up the back of you neck and head and incorporating pieces from each side to do the French braid in the back. Then combine all hair except the front braid into your half pony tail. Then pull a strand from your ponytail forward splitting the pony tail in half and pin it to cover the rubber band. Then curl-twist the sides into the bow, pin and then pull the strand you had forward back and pin in the back to create the middle look of the bow. Take your front braid wrap it around and pin where you'd like it. I pinned it where it would cover the part. And that's it.

How did you do that braid?