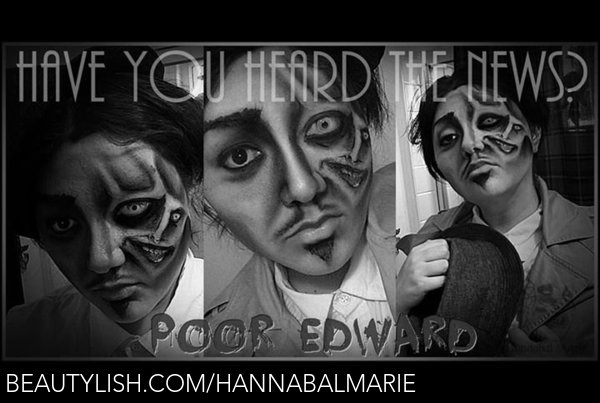 The song goes like this:
"Did you hear the news about Edward?
On the back of his head he had another face
Was it a woman's face or a young girl?
They said to remove it would kill him
So poor Edward was doomed

So yeah, made it my own thing. I might come back to this one and redo it again, because I'm not quite happy with my end results but is enough for now. Ya live and ya learn, I suppose! :D