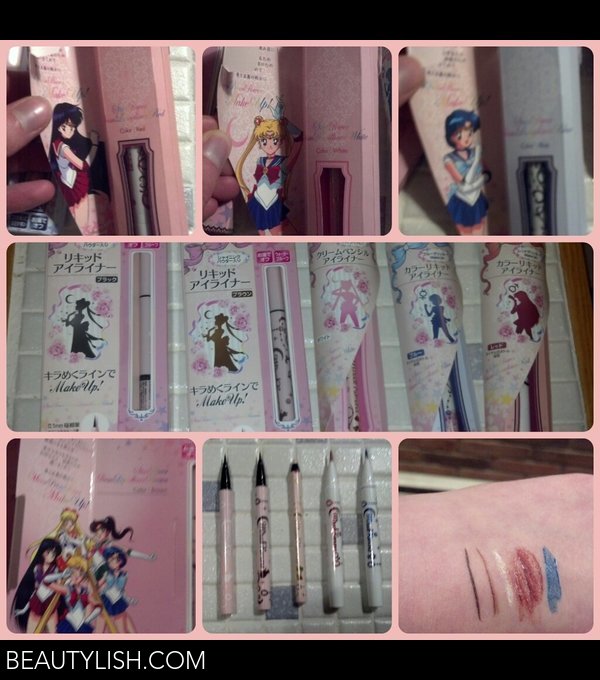 I was super excited when I saw these on yesstyle.com! I saw a YouTube review on these and she said she only got them in Japan herself. I'm soooo happy that Yes Style imported them from Japan! I'm not going to say how much I paid for them Lol I had a few diffculties with Sailor Mars' brush pen liner....see above Everything else is great and the staying power is awesome! I haven't had a real chance to watch the new episodes! Wah!
20th anniversary edition eyeliners(in order): black felt tip, brown felt tip, pearl white kolh pencil, glitter red brush tip, and glitter blue brush tip.

My sister would go bananas for these!

Where did you find these?