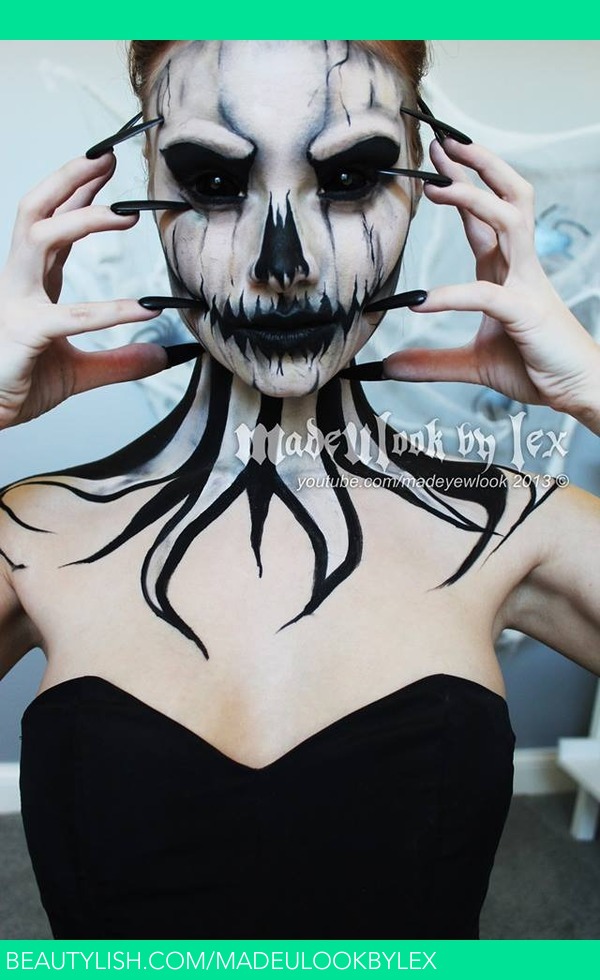 Pretty much every single person has been asking me to do Jack and Sally from the Nightmare Before Christmas. Because there are SO MANY Jack and Sally tutorials ALREADY MADE, I decided to draw inspiration from the movie, instead of creating the characters themselves, thus, coming up with a MadeULook original look I present to you all, the Pumpkin Queen. I decided to go with a white pumpkin, not only to make it different, but to keep it closer to the inspiration I was drawing from, Jack. The video tutorial for this look will be up either LATE tonight, or tomorrow on my channel, youtube.com/madeyewlook

Where did you get your eye contacts at??

This is one of my favorites that you have done, so superbly creepy!

Quick question: where do you get your sclera lenses from? I was thinking about ordering from 9mmsfx but I wanted to see if there were other options out there. I already have an appointment to be fitted for the lenses, so I will have a prescription.

I am so in love with this💜

This the best one so far.

Sexy & scary are NOT easy to pull off but you totally rocked this!

Holy crap your talented!! You should enter the BH cosmetics competition.