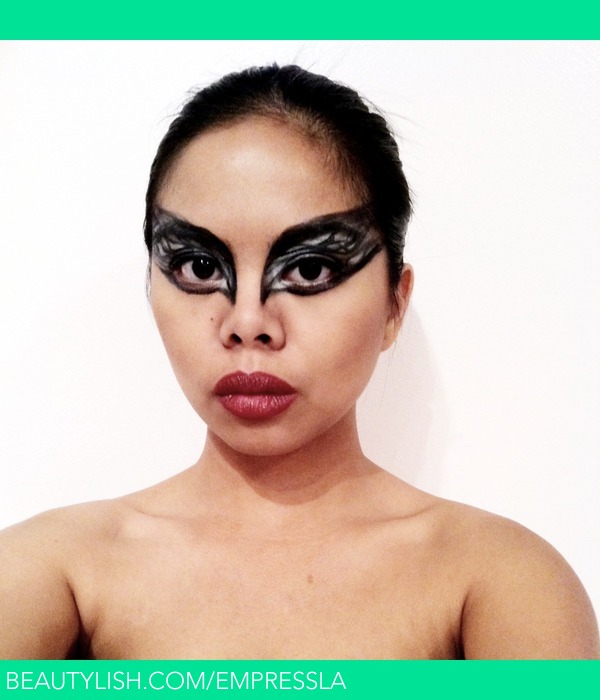 I'm not a pale girl, so I just used a lighter powder than usual to get that pale look instead of white foundation.

I didn't want to use a base or mascara, just because it was a quick application and I wanted to be able to take it off really fast. I've also got really sensitive skin, and the less makeup, the better. Now that I've caked it all on, it actually looks like I don't need mascara. It photographs well enough, but if I'm going dancing (haha) and whatnot, I might have to put down a primer.

Let me know what you think!

Thanks Jessica! I just couldn't go to bed without attempting this look, I was itching to try it out, haha.