Miss Him, We Will: Creator of Yoda Passes Away 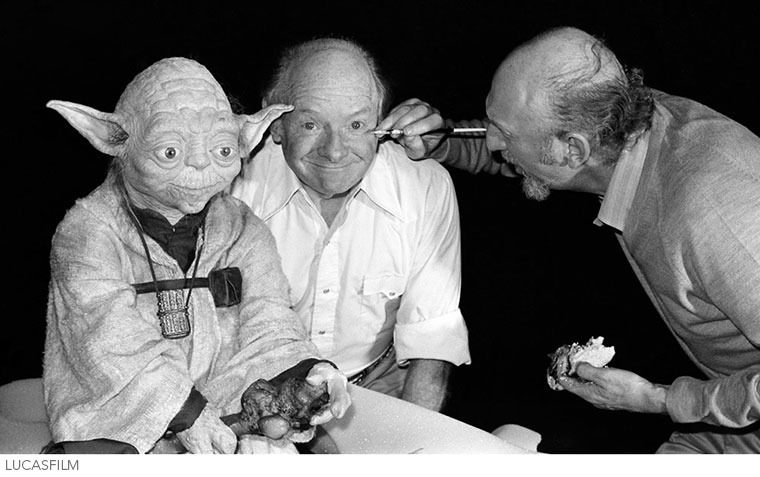 Stuart Freeborn died on February 5th at the age of 98. He is best remembered for creating some of the most iconic characters in cinema including Star Wars’ Chewbacca, Jabba the Hut, and Yoda (inspired, he said, by Einstein as well as his own wise but impish face). With his realistic and detailed style of creature design, Freeborn innovated the industry and brought movie makeup into the modern age.

Born in London in 1914 to an insurance broker, Freeborn carved his own path, even at a young age. “I felt I was different,” he said in a 2012 BBC documentary. He actually created his first job opportunity by showing off his skills in a real-life prank that involved his self-applied prosthetics getting him mistaken for Ethiopia’s last emperor. The stunt landed him a job at Denham studios in Buckinghamshire, and he went on to work with stars like Vivien Leigh and Marlene Dietrich in the 1930s (jealous!).

Responding to his colleague’s death, George Lucas said: “[Freeborn] brought with him not only decades of experience but boundless creative energy. His artistry and craftsmanship will live on forever in the characters he created. His Star Wars creatures may be reinterpreted in new forms by new generations, but at their heart they continue to be what Stuart created for the original films.” 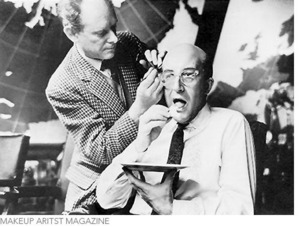 With six decades of masterful cinema makeup under his belt, Freeborn had the kind of career most of us fantasize about: he created Fagin in the 1948 classic Oliver Twist, the almost too real apes in 2001: A Space Odyssey (it’s speculated that the authenticity may have cost him an Oscar nod because the judges assumed they were real apes and not actors), and—our personal favorite—he transformed Peter Sellers into three completely different characters in Dr. Strangelove or: How I Learned to Stop Worrying and Love the Bomb. Freeborn had a masterful way of working with prosthetics and masks, creating convincing characters without sacrificing dramatic flair. He studied chemical biology so he could figure out which plastics were skin-safe, and confided that he even enhanced actresses in more than a few nude scenes!

The ingenuity and versatility he displayed in his long career is astounding, and will no doubt continue to inspire makeup and special effects artists for decades to come. Mr. Freeborn, thank you for your indelible legacy, and as Yoda would say, “in peace, rest you”.