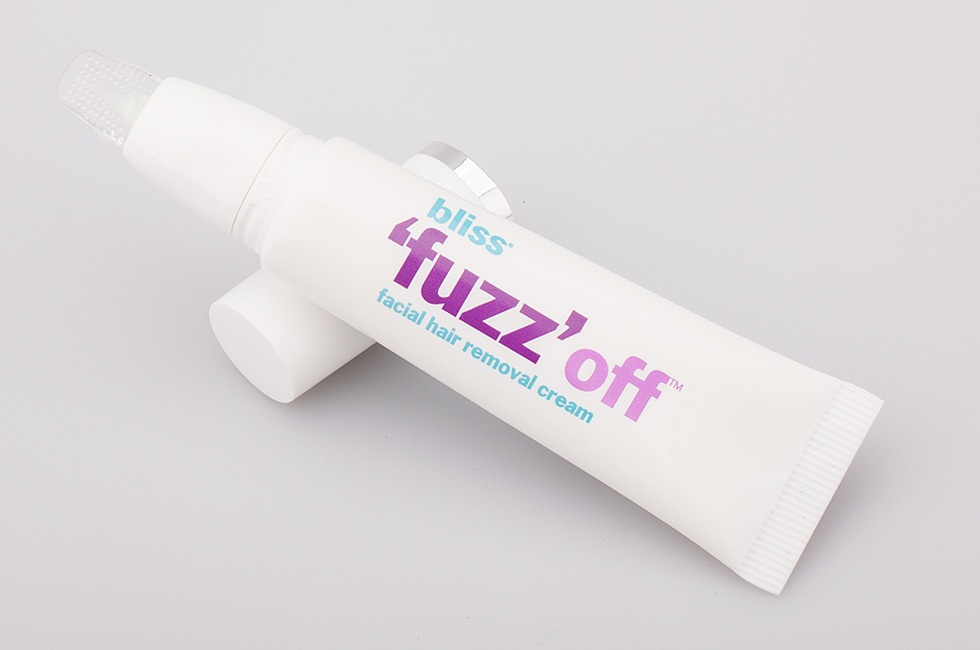 Bliss is known for its full-service spas in New York, San Francisco, London, and more. But our favorite part of the Bliss empire is its product line, which brings the spa to your bathroom (FatGirlSlim or Poetic Waxing, anyone?).

The latest addition to their hair-removal series is ‘Fuzz’ Off (we totally want to hang out with their naming department, by the way). The cream is specifically formulated for the face and meant to be used on cheeks, upper lip, hairline, or chin. But not eyebrows—accidental migration into eyes would not be pretty.

Bliss spent extra time making the formula smell fresh. It’s worlds away from the burning-hair fragrance of depilatories past (think flowers, not sulphur). The ingredients also include skin-soothing aloe, anti-inflammatory “willoherb,” and moisturizing vitamin E, which leaves your skin even smoother and softer than it was before. Plus, the dual-sided applicator tip makes application easy and mess-free.

We found the scent inoffensive, and even pleasant. Also, we accidentally left the cream on our upper lip for nine minutes instead of the three minutes that the box recommends, and only felt slight tingling and saw minimal redness. More importantly, our upper lip is smooth, soft, and totally hair-free.