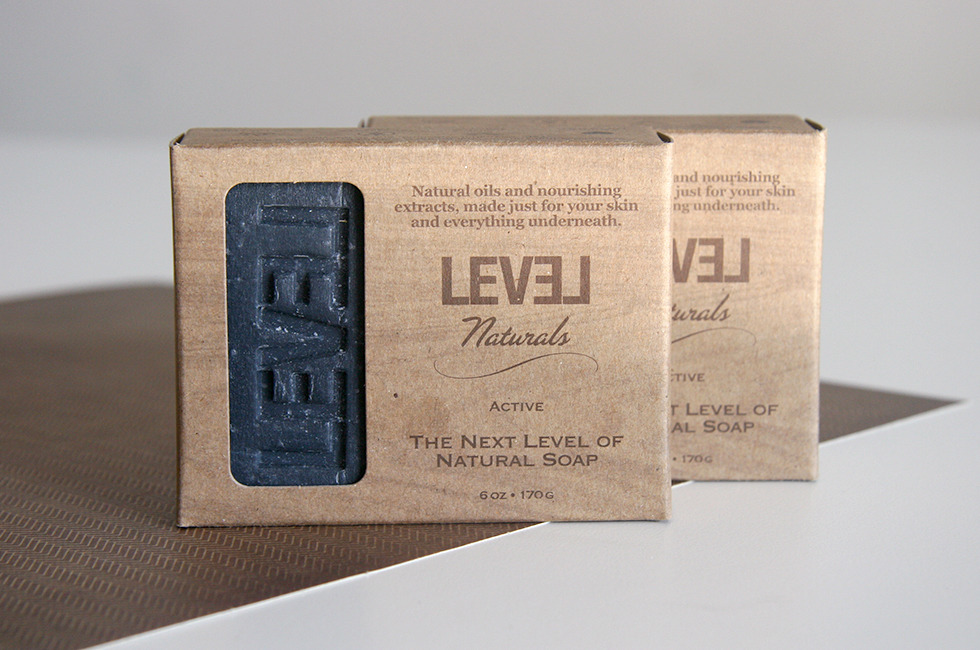 Consciousness about the food we put in our bodies is at an all-time high, so it’s only natural (no pun intended) that the beauty industry would evolve. It’s not just “you are what you eat” anymore; now it’s “you are what you put on your skin.” Level Naturals, a burgeoning all-natural bath and body company, cares about what you put on your skin, but it won’t sacrifice product performance for purity. We spoke to Jonathan Dubuque, co-founder and CEO, about Level’s humble origins, the growing pains involved in the expansion of a business, and its bright future.

Tell us about the birth of Level.

My best friend Sabrina (Roberson) and I started in a garage about four and a half years ago. We own a farm in Hawaii—an off-the-grid, solar-powered pineapple farm—and we came up with the concept there. We moved from Hawaii to Los Angeles. We set up shop in Sabrina’s garage, started learning natural chemistry, and Level was born. I haven’t been able to be back [in Hawaii] for two years because I’ve been so busy with Level. I have moments of “What the hell am I doing, I could be in Hawaii right now!” but it’s good. We’re having a blast doing it.

Your tagline is “Changing the world one shower at a time.” What does that mean to you?

Our products are gluten-free. We believe that there’s a direct correlation between gluten consumption and a lot of neurological issues, a lot of immune deficiency issues, and autism is the fastest-growing of all those things. So we wanted to create something that’s safer for everybody: vegan, cruelty-free, and also effective—it’s hard to get a good product that’s all natural but also gives a good bathing experience.

I didn’t realize there might be a connection with gluten and autism.

It’s intense how connected everything is. Also people with Crohn’s and Celiac will cut gluten out of their diet and they think that’s enough, but the thing is that your stomach only absorbs 30% of everything that goes into it because your stomach acids help to break everything down and your body eliminates it. On the other hand, the skin absorbs about 70–80% of everything that you put on it—and it's thought that products absorb through the skin and into the nervous system and cardiovascular system. So people may experience gluten sensitivity even after they’ve cut out gluten, not realizing that the issues they’re having could be connected to the products they’re using.

This seems like an issue that’s close to your heart.

I was a raw vegan for a very long time, and Sabrina has worked in the health industry for a very long time. Also, a lot of our friends have been affected by autism and have had children who were born autistic. I’ve always been really sensitive to gluten in the U.S. I grew up in Portugal and didn’t have the same issues there that I have now, because food is processed very differently here. I was never healthier than when I was gluten-free. We just wanted to figure out how to create the healthiest, most effective, awesome body care products by eliminating certain ingredients, like gluten, which was a no-brainer. And animal byproducts—we don’t use beeswax or honey or anything. We’re so hardcore vegan when it comes to anything that goes onto our skin!

You’re doing a box subscription service now. How does that work?

The Level Goodbox! We have three different ones: The Good, the Gooder, and the Goodest. It’s nice to not worry about your bath products for the month. They come to you with no guesswork and you get a really good discount on the products. We give you a new scent every month unless you request otherwise, and a surprise product with something new or something we haven’t launched yet. 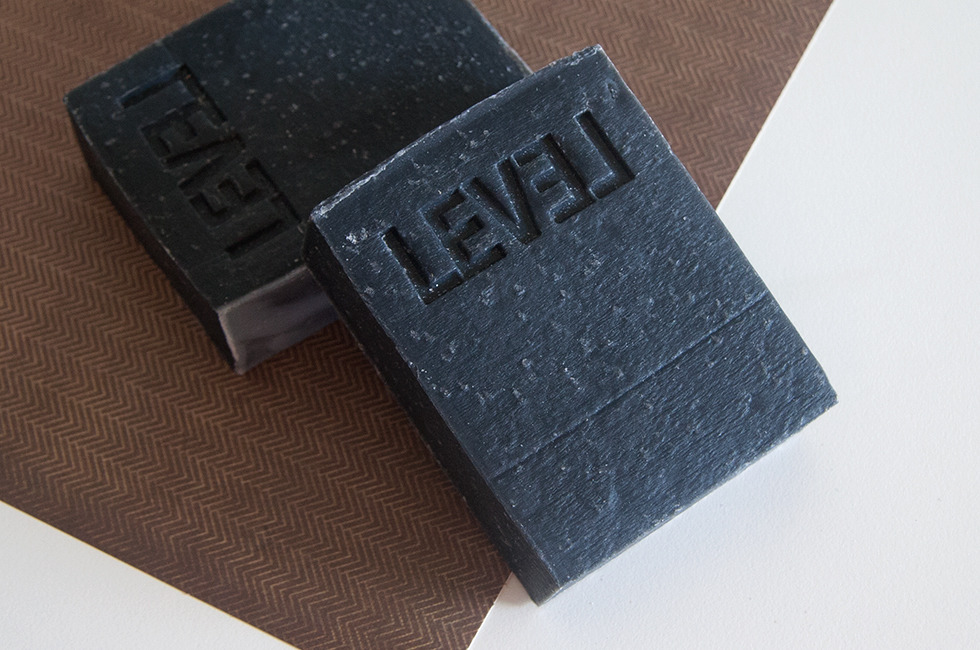 What are your personal favorite products right now?

The Frankincense and Myrrh is shockingly awesome. I’m not big on a lot of fragrance because I’m around it so much, but this one is really masculine, kind of musky. And the Active soap has definitely always been top of the list for me. It detoxes your face and leaves it feeling clean, not tight like a lot of soap does. Plus, there’s something really sexy about a black bar of soap.

What’s next for you guys?

We’re launching these bath salts called Soaks Don’t Suck. We’ve got one for cramps called Cramps Suck that Sabrina swears by; we’ve got others like Muscles Suck, Insomnia Sucks. We just got into Whole Foods in Manhattan, so we’re expanding really quickly and it’s all amazing. We’re a little overwhelmed at the moment. We started out with just the two of us in a 200-square-foot garage. Now we’ve expanded to 3,000 square feet with a roll-up door and we’re already outgrowing that. We’re hoping to keep it how it is, with the employees that we have, which is eight at the moment. We’re in more than 400 locations in 5 countries.

Are you hoping to keep the business small?

I would’ve really liked to, but I think it’s already outgrown that. Which is fine; we still have our adopted family around us. Avo is this incredible kid who’s been with us for four years now—he was hanging out in the art gallery next door and I asked him to come help us mix up some product and he just never left. Beth is our production manager, she’s incredible—and also a phenomenal drummer. It’s been a really interesting group of people. We’ve learned a lot of hard lessons along the way.

You should really consider what kind of incentives your state offers small businesses. Some states are more supportive than others, especially if you're a green business. We’re keeping it here but we really want to open up a second branch in Detroit where people really need jobs. Also, you should keep everything in-house as long as possible, because when you have a small business and you’re actually doing something really good, as many people as you can imagine will come in and try to take as much away from you as possible. That’s been a really good lesson to learn. It was really terrifying at first because we got a lot of attention really quickly; a lot of people making a lot of promises about stuff. You just have to stick to your guns and do what feels good to you, because generally if it doesn’t feel good, it’s a bad move.

Good advice for all of us!

So, Beautylishers, spill. Do you have a food sensitivity? Did you know it could also be affected by your skin care?