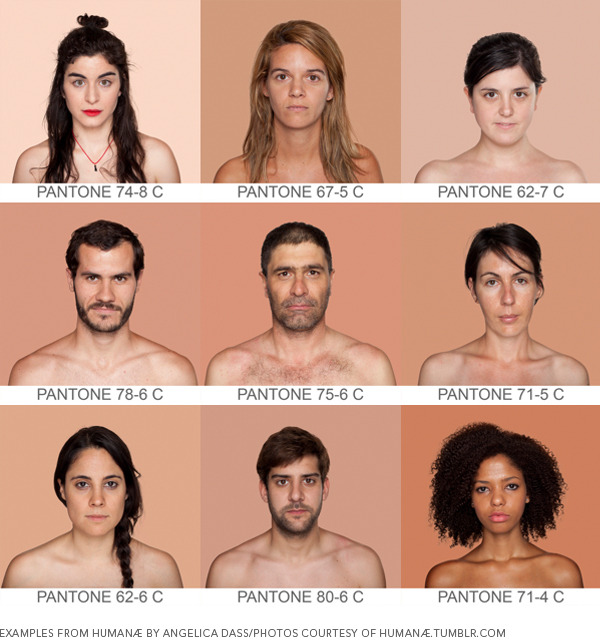 We’re completely wowed by the latest undertaking from artist Angélica Dass. The Brazilian-born, Spanish-based Dass developed an ongoing portraiture project entitled Humanæ, which documents and codifies models’ skin tones into alphanumeric Pantone numbers, the global authority on color standards. She creates each image by extracting an 11 x 11 pixel sample from a model’s face, then dyeing the background to match. Every code is as unique as the skin tone it represents, and unfortunately we doubt any makeup company has as many shade variations to match.

The project celebrates the tiniest nuances found naturally in the complexion, from blushed undertones to strikingly golden complexions. However, the artist is looking to expand the color range of her project outside of her country. "Being in Spain, there is a not a big diversity of colors in some gamuts, and that's why I'm looking for support to take pictures in different contexts, countries, and cities," Angélica tells Beautylish. Wouldn’t it be amazing if Pantone came out with their own commercial makeup standards? Color gods, we hope you’re listening.