The Drag Race is Over: May the Best Woman Win 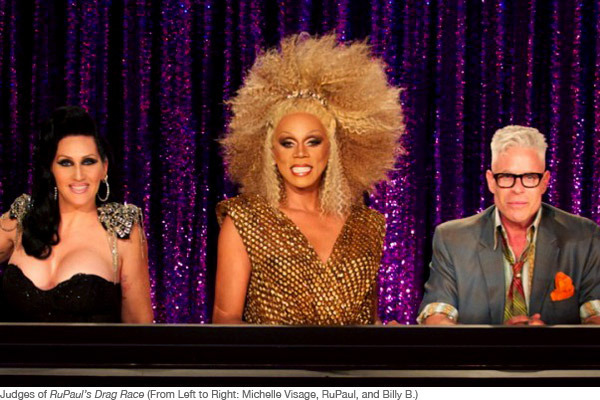 There were less breastplates and more colored contacts, less Shangela’s and more makeup mavens bringing their beauty realness. They lip synced for their lives. Now who was crowned America’s Next Drag Superstar?

In the final episode of RuPaul's Drag Race, Raja killed it as a blonde and Tyra’s eleganza showed up for moral support as the ladies played their best Glamazons in Ru’s latest video. Sharon ‘Party City’ Needles, Phi Phi ‘tired ass showgirl’ O-Hara, and thee Chad Michaels brought the realness. As Santino, Michelle, and Ru weighed out the girls' merits and they untucked offstage, we at home prayed to the fierceness gods for our favorite to win. Then...dun dun dun. In a twist that shocked viewers and contestants alike, Ru announced we would have to wait until the reunion show to find out the winner (and more on Willam’s side stage sickness and disqualification mystery of course).

RuPaul and RuPaul’s Drag Race have upped the ante on drag. From season to season, changing the game, the contestants, and the stakes. This season we had Alisa Summers, Madame LaQueer, the Princess, and of course Willam. Lashauwn was sew cute, Jiggy Caliente slightly adorable, and Dida Ritz brought the black Barbie realness. Milan was the token lip sync stripper. Little Kenya was the clear-cut Carmen of the bunch. Latrice Royale brought the LOLs. Phi Phi brought her Florida showgirl. Chad Michael’s and his lips for days brought the polished perfect. And Sharon Needles, well she just brought it. 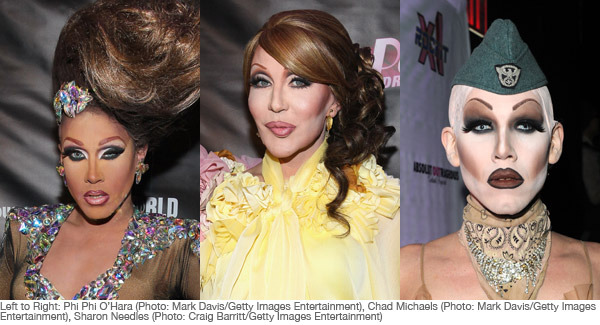 By now you know the Drag Race judges well. There is ’90s music siren, radio host, and honorary drag queen Michelle Visage, Project Runway fan favorite Santino Rice, and makeup mister and Beautylish bestie Billy Brasfield. We talked a little with Billy about how he got involved in the show and his beauty thoughts on the season four cast. “I met Ru in the ’90s when I was doing Michelle Visage (makeup) for the RuPaul Show on VH1," reveals Billy. "Ru is one of the wisest, smartest people I know.”

And on this season's contestants bringing their beauty best? "To make it to the show, obviously all the Queens are VERY talented and special," says Billy. "I gave Phi Phi O’Hara and Dida Ritz the most criticism about their makeup, and for different reasons. Although Phi Phi technically delivers, it’s my opinion that she ‘paints’ herself too much. He is a very cute boy and would be a very beautiful girl, but Phi Phi came across much older than even he is. Again only my opinion, but I think he could look like Jennifer Lopez, or Beyoncé. I felt like she looked like a wealthy older woman in Boca. Now Dida is young with not a lot of experience and she needs to work on the technical as well as the creative with her makeup. Both of them are incredible queens and will go very far. I love both of them—VERY good television.”

Herstory will be made tonight! Tune in tonight at 9pm to see who will be crowned America’s Next Drag Superstar. It will be sickening.